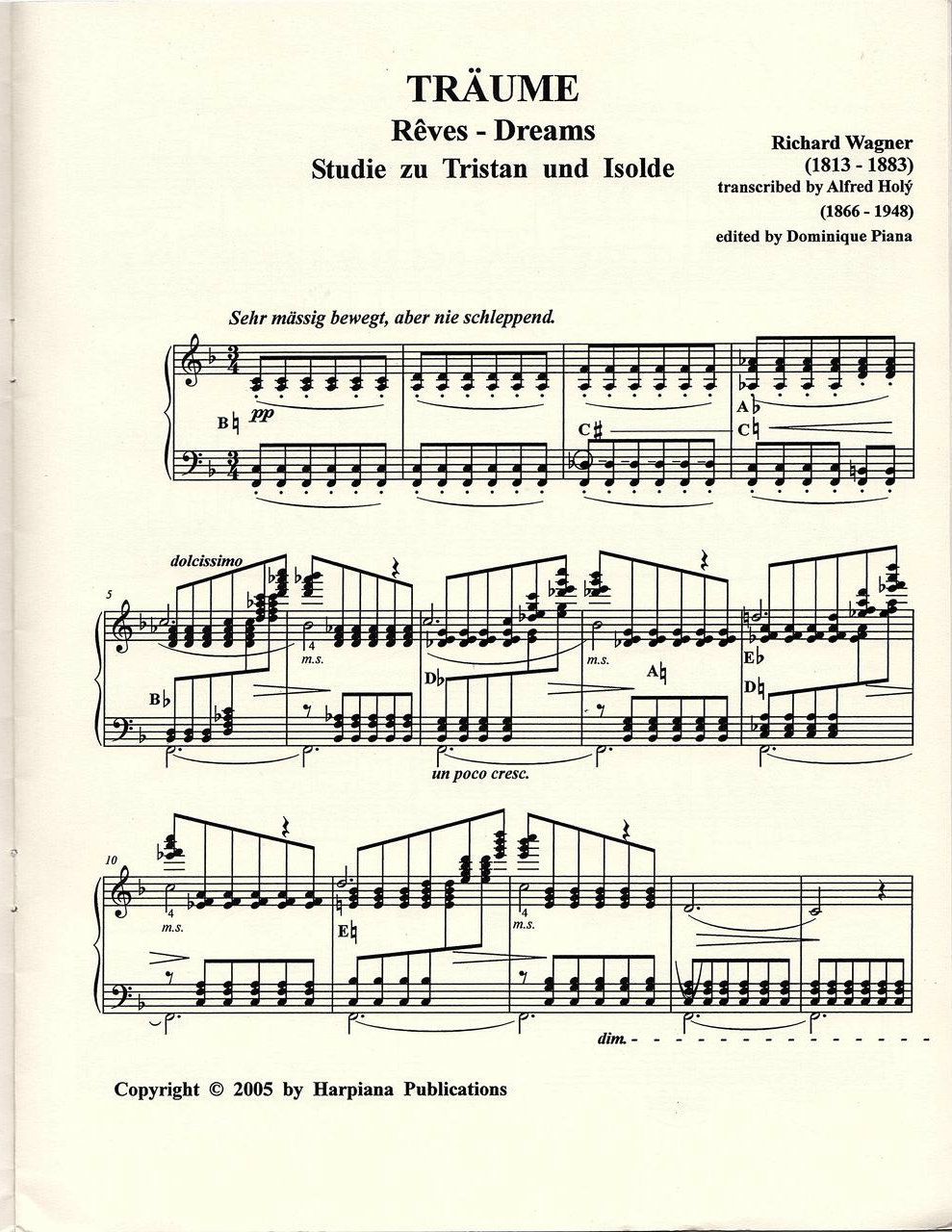 Richard Wagner Träume (Dreams) concludes the set of the famous Wesendonk Lieder from 1857-58.

Originally for voice and piano, then lushly orchestrated, they were set to poetry by Mathilde Wesendonk, with whom Richard Wagner experienced an intense emotional affair at that time. Träume is one of the two songs that Wagner used as a study for his seminal opera Tristan und Isolde, and he later wrote that his setting was “finer than all I have made!”  This is Alfred Holý’s only known transcription of music by others: it is worth noting that he was steeped in the Wagnerian idiom, and performed numerous times in Bayreuth, along with as many as eight other harp colleagues hired for the harp section.