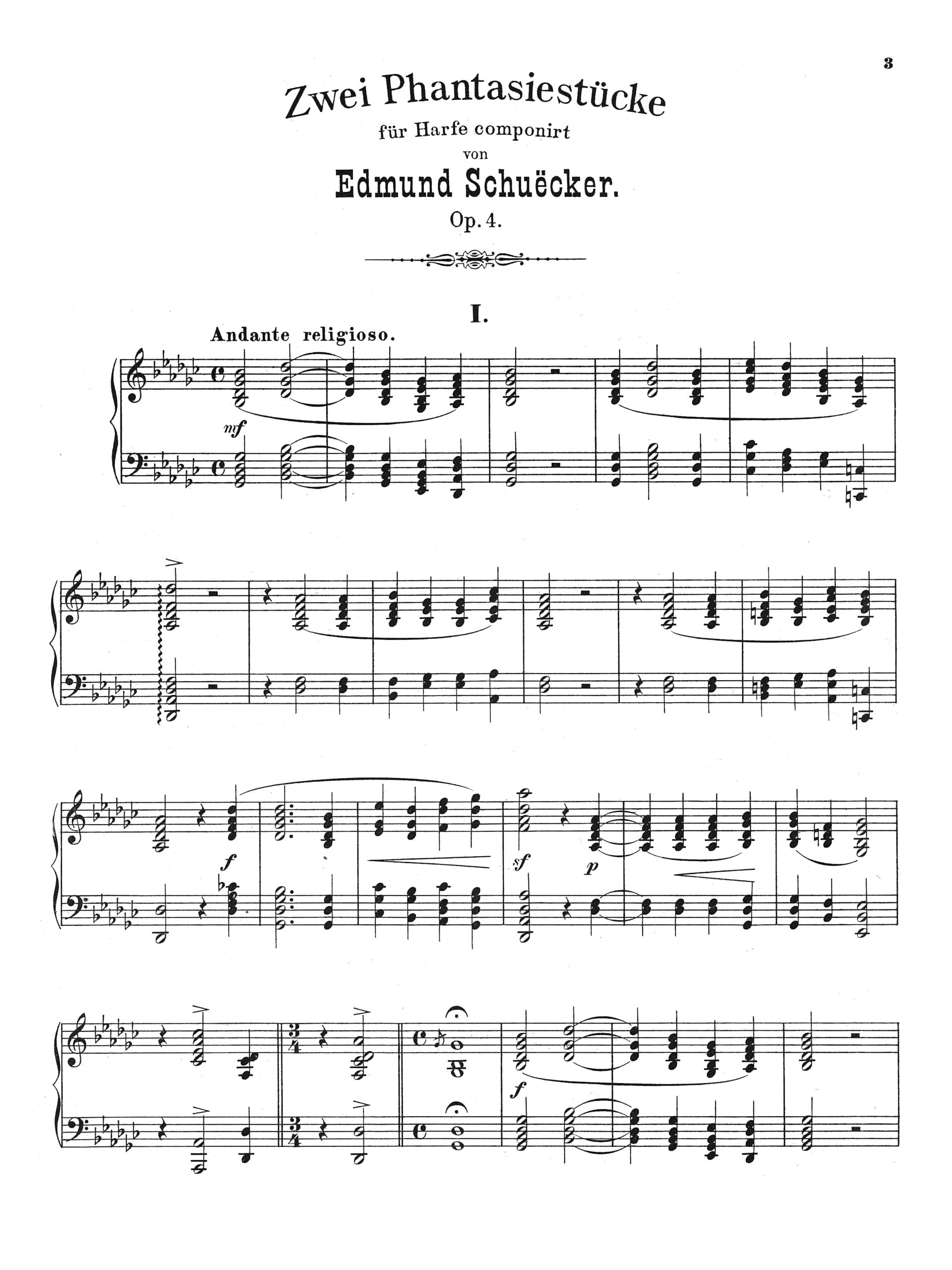 Viennese harpist Edmund Schuëcker and his younger brother Heinrich were among the first to come to America to play in the newly founded orchestras, from Boston to Chicago and New York. Beforehand, while professor at the Leipzig Conservatory, Edmund set out to produce a huge harp method in several volumes, filled with etudes as well as character pieces in progressive order that epitomize the Central European style and taste. Phantasiestück no. 4 was a favorite piece widely played for formal occasions.