Samuel (Alexandre) Rousseau (1853-1904) was the father of Marcel Samuel-Rousseau (1882-1955), Marcel Tournier’s friend known mainly for his Variations pastorales sur un vieux Noël (from 1919) in the harp world. Rousseau was his son’s first music teacher, and was himself a student of César Franck at the Paris Conservatory. A Grand Prix de Rome winner, he became prominent as a conductor, choir master and opera composer and later joined the Conservatory as a harmony professor.

This Meditation offers an easier harp part in a versatile ensemble, obviously meant for church performance, worth proposing for grander occasions with or without double bass. 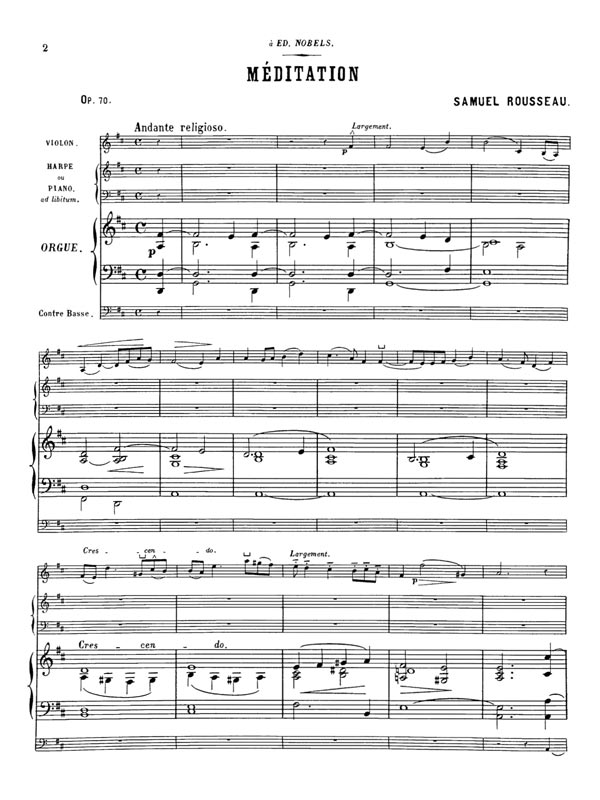