Franz Poenitz was the oldest of the three harpists (the other two being Posse and Holý) employed by the busy Berlin Royal Court Orchestra at the end of the 19th century, and is barely remembered today, despite his wide range as a “complete musician” who also contributed greatly to another rare instrument, the harmonium. On one hand, his music was “conservative” in a heavy chordal style reminiscent of Brahms, on the other he was a visionary taken with spooky harmonies, old myths and medieval lore, who projected unique musical ideas onto his compositions. 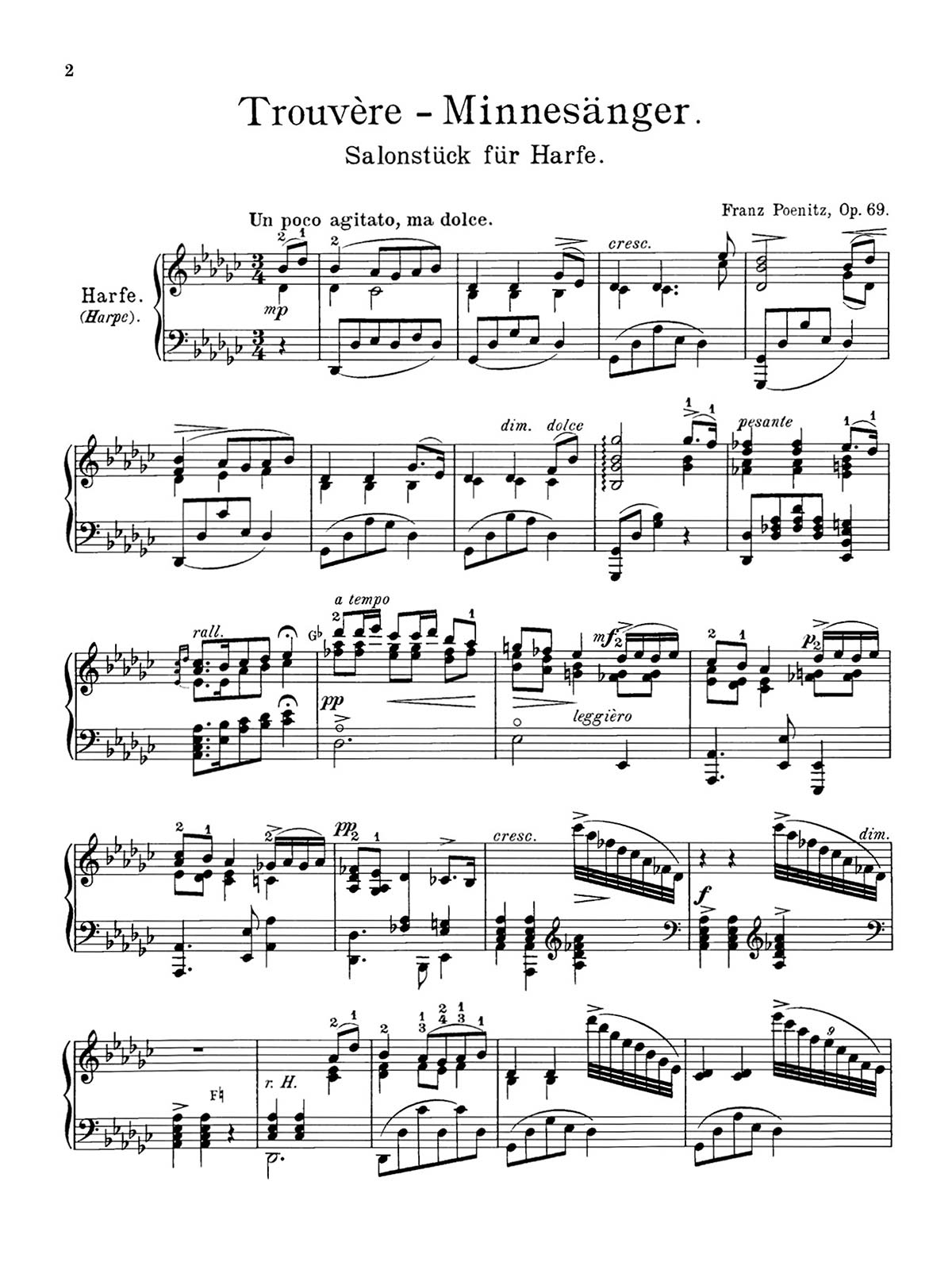 In his work Trouvère, the subtitle Minnesänger reveals his intentions.  The German expression literally translates as ‘singer of love’, even though it is also a historical term referring to the poet-musicians of  the middle ages, who often accompanied themselves on small harps. Trouvère is the Northern French (langue d’oïl) version of the Southern French (langue d’oc) term troubadour. The singer intones a pentatonic motive that unfolds like an improvisation, with the leaps and sighs of a heart gradually sublimating its feelings.