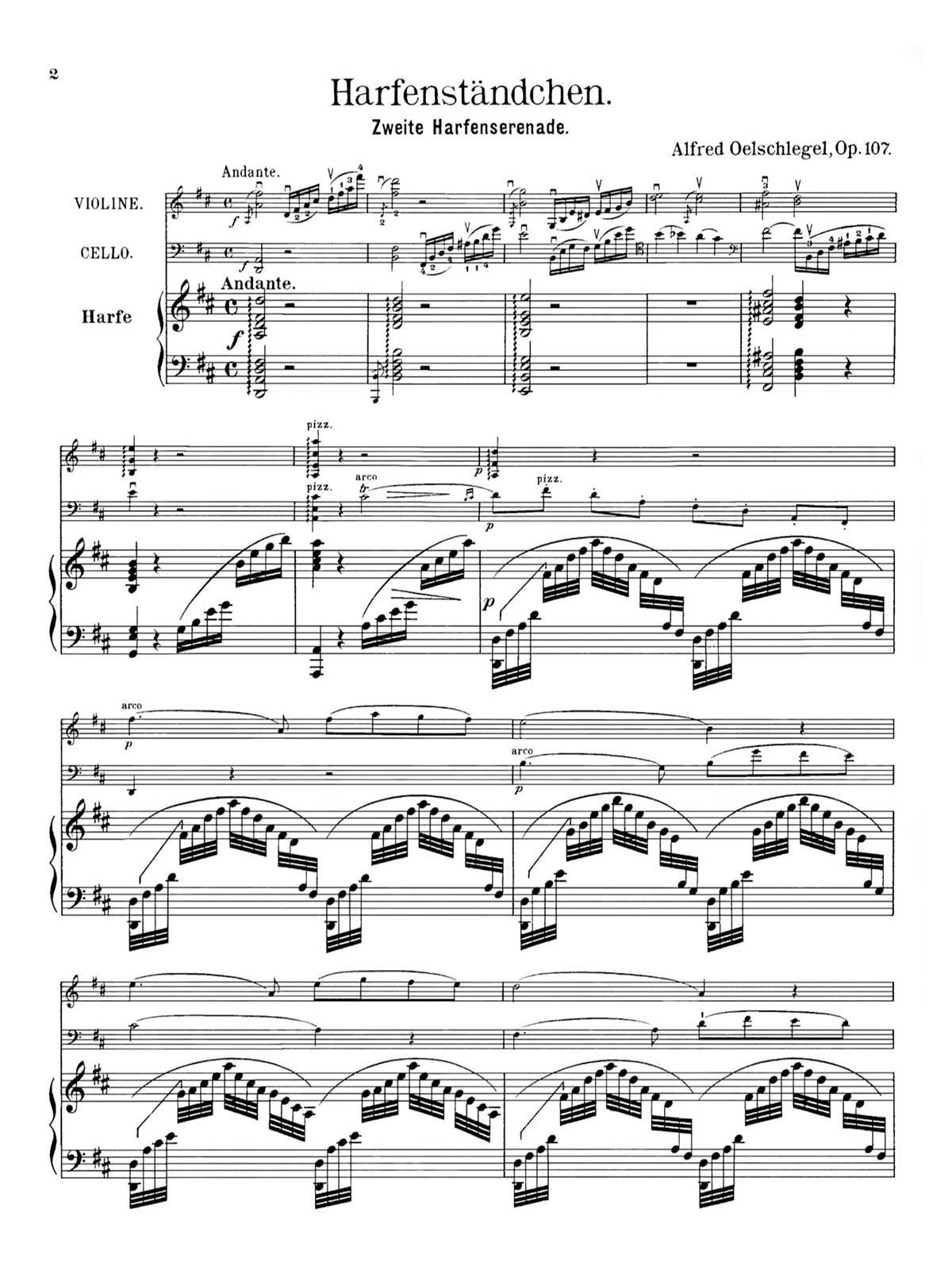 Originally from Anscha in Bohemia, now in the Czech Republic, Alfred Oelschlegel completed his musical studies at the Organ-School in Prague. While doing his military service, he was given the opportunity to learn the harp under Professor Moler in Vienna. This explains his fondness for the instrument, which he always favored in his orchestrations, and featured in five trios with violin and cello (of which only three seem to have survived). He first made his mark as a virtuoso organist, but soon became known as a bandleader. He was in demand in numerous Austrian and German cities, with a stint at the Karltheater in Vienna where Viennese operetta reigned supreme. He also became a skilled and prolific arranger, responsible for many published piano reductions, for ex. Johann Strauss’ Zigeunerbaron.

His own music was the kind of nostalgic fare performed at resort towns like Karlsbad and Franzenbad: he composed an opera and various operettas (his most well-known Prinz und Maurer), piano pieces, choral works and lieder, as well as the above-mentioned series of harp trios with violin and cello, of which the first two Harfen-Serenaden are offered here in print again. A notice that appeared in his birthplace mentions the richness of his melodies, the out-of-the ordinary instrumentation and “Innigkeit” (depth of expression) of his music. Surely such musical strains deserve to be heard again, to bring pleasure to performers and listeners alike in the marvelous combination of harp and strings.