Oberthür Songs without Words no. 1 in A flat, op. 24, Dans ces instants où le coeur pense
In Those Moments When the Heart Thinks 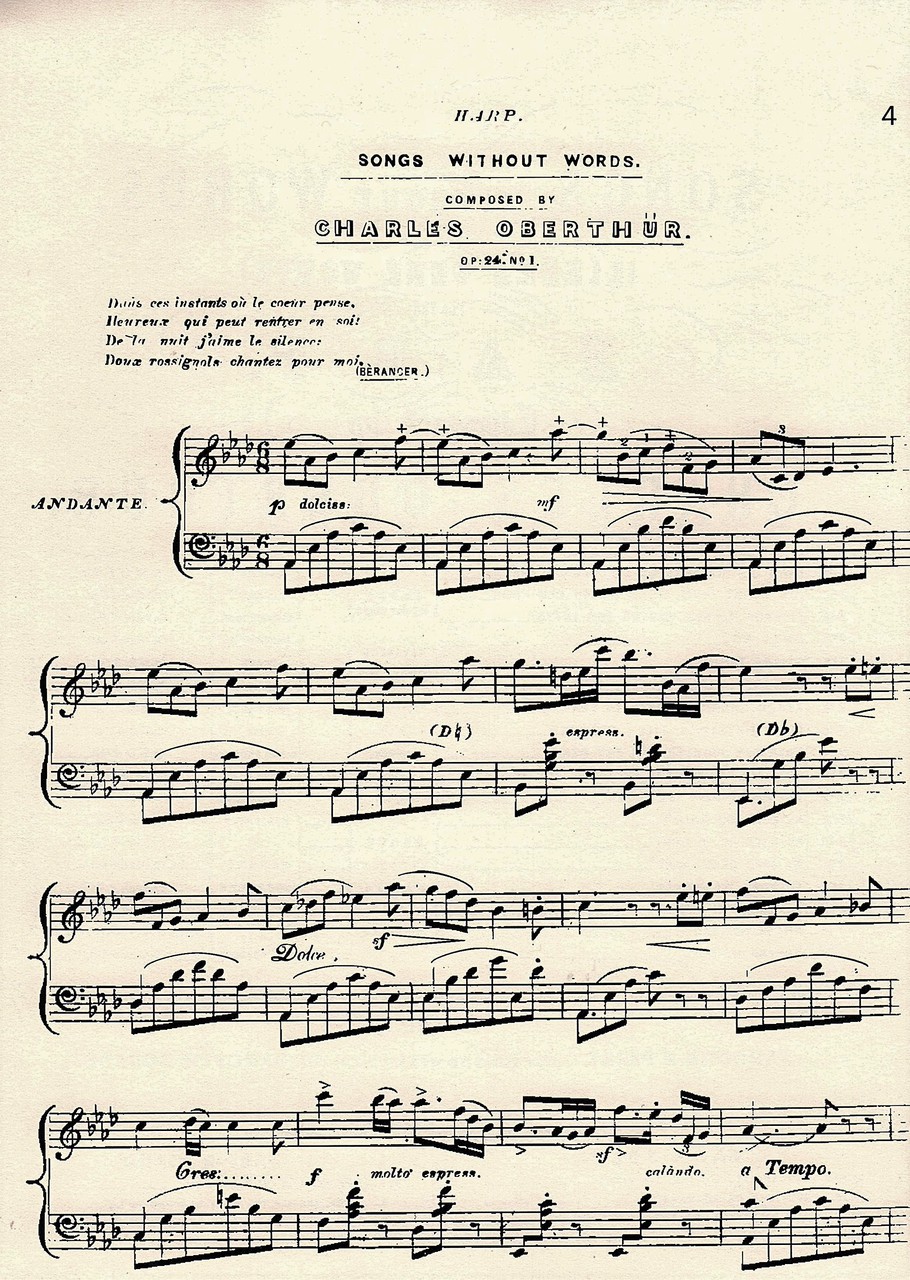 Charles Oberthür followed Godefroid by one year in getting attention for the bicentennial of his birth. The musical raconteur of the harp world, he enjoyed a successful cosmopolitan career that took him from Germany to France and Belgium. He finally settled in England, living as the perfect English gentleman. He composed prolifically, just like Bochsa.  Oberthür flooded the world with a constant stream of harp pieces, original and arranged, among which are to be found some real treasures. Credit must be given where it is due: he did more than anyone else to establish a universal vocabulary for the harp that lasted past the jazz age, and his Universal Harp Method was in print until very recently. However, his favorite technical and expressive ideas survive, codified, in his charming 12 Exercises and 24 Preludes.

Oberthür Songs Without Words, no. 1 op. 24, “Dans ces instants où le coeur pense”, is one of those little master pieces that deserves to return to the mainstream repertoire. It has a touching and haunting melody spun over a beautiful left-hand accompaniment. The middle section builds up to a great romantic climax.