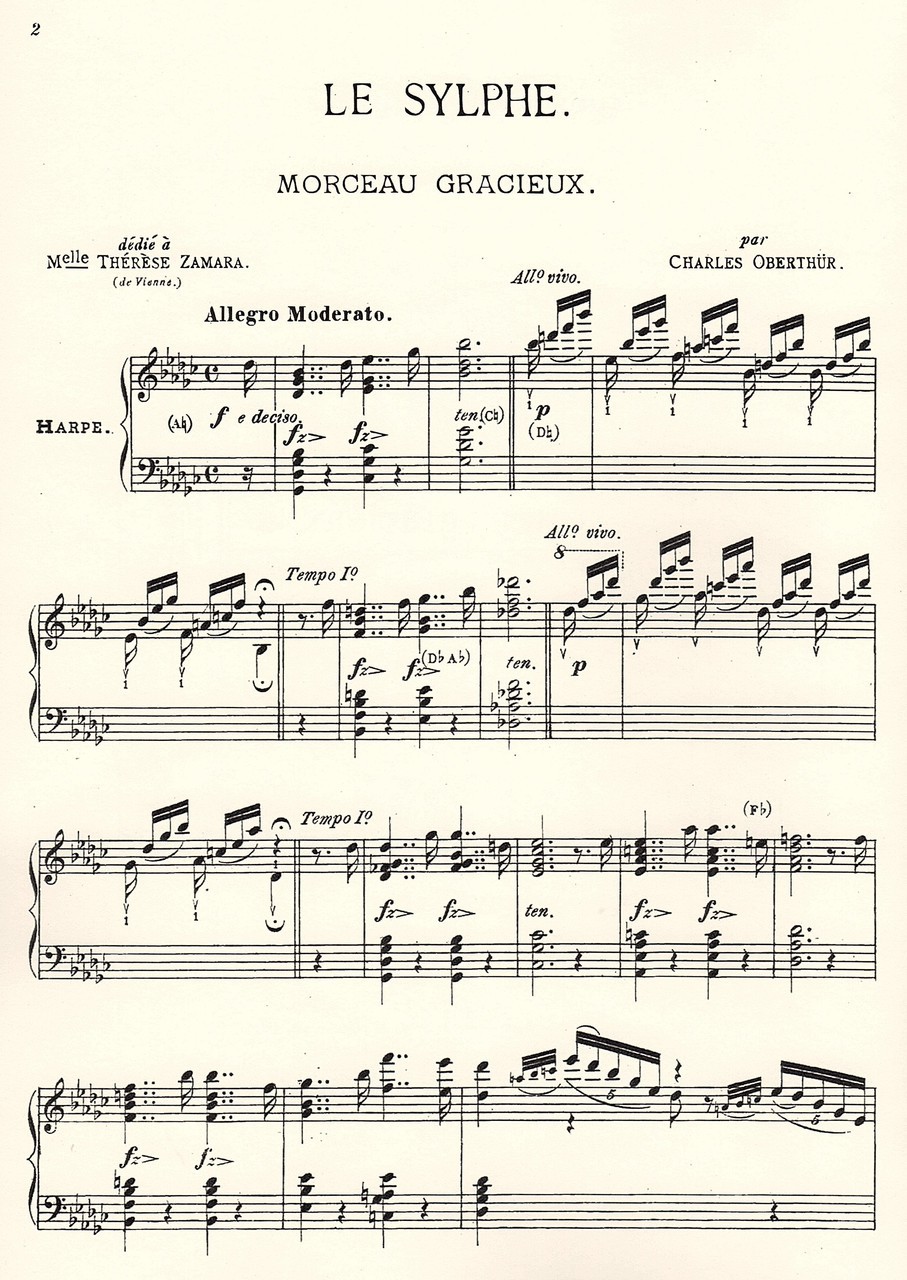 Charles Oberthür (1819-1895) enjoyed a successful cosmopolitan career that took him from Germany to France and Belgium, to finally settle in England. Since his recent bicentennial, a re-evaluation of his contributions is definitely in order. Like Bochsa, he composed prolifically, flooding the market with a constant stream of harp pieces, both original and arranged. He did more than anyone else to establish a universal and popular vocabulary for the harp, which lasted past the jazz age. Unfortunately, his famous Method is now out of print. Nonetheless, his favorite technical and expressive ideas survive in his charming 12 Exercises and 24 Preludes.

Oberthür Le Sylphe is the quintessential 19th century “fairy piece”, elfin, spirited, fun to play and magical in effect, a masterpiece of the genre. It can be heard on the CD Les Bis de Marielle Nordman (4’40) on Erato, (The Encores of M.N.). Despite its apparent lighter style, it is also a highly virtuosic piece, demanding consummate musicianship for an effective musical performance.