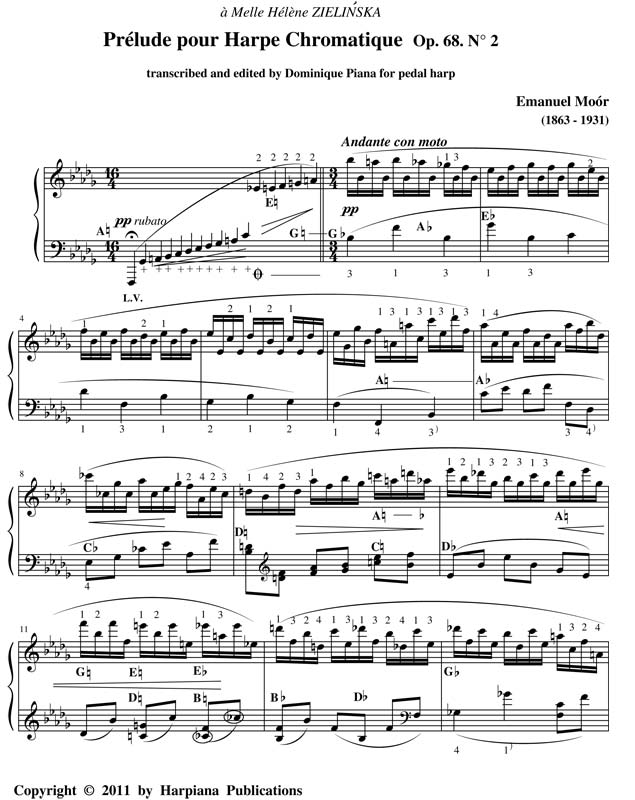 The son of a Jewish cantor, Hungarian-born Emanuel Moór made his mark as a genial inventor of musical instruments (such as the “Duplex Coupler Grand Piano”) and prolific composer. While building his career as a pianist and conductor, he moved for a time to the United States, then settled near London and finally in Switzerland. Many of the great performers of the turn of the century, from Ysaÿe to Casals, championed his rhapsodic works. It is not surprising that he would show interest in the newly invented chromatic “Pleyel” harp. The present Prelude, which dates from between 1906 and 1908, is transcribed by D. Piana for the pedal harp. It immediately reveals a strikingly original and far-seeing musical voice.