The compositions included in this collection, all excerpted from Liszt’s Harmonies poétiques et religieuses, provide an opportunity to perform advanced-level and highly expressive music for meditative occasions. This is Liszt the mystic speaking, transcending the difficulties of life into spiritual experiences.

Whether you are into Marian devotion, simply like Mary as a symbol of unconditional love or view her as femininity incarnate, this Ave Maria appeals with its catchy tune and makes a good companion to other Ave Maria’s already in the Harpiana catalogue, composed either by Liszt or several harpist-composers.

The title Pensées des morts, to be translated literally as Thoughts of the Deceased, or more poetically, In Memory of the Dead, may sound stark, but this music bears an uncanny resemblance to the famous Moonlight Sonata, and offers both poignant and consoling vibes to the heart.

Hymne de l’enfant à son réveil, Hymn of the Child upon Arising, distinguishes itself with simple but direct expression, imbued with a childlike sense of wonder that gradually grows to reveal pure elevation of soul. 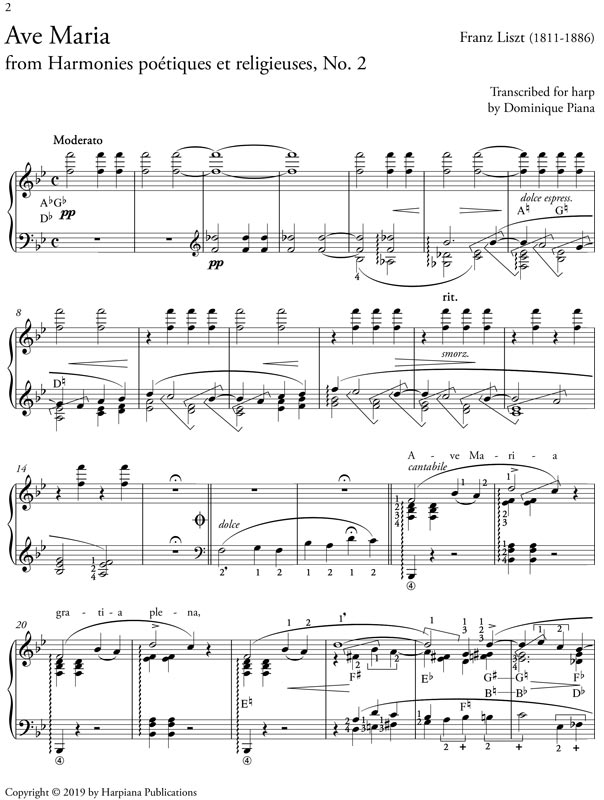 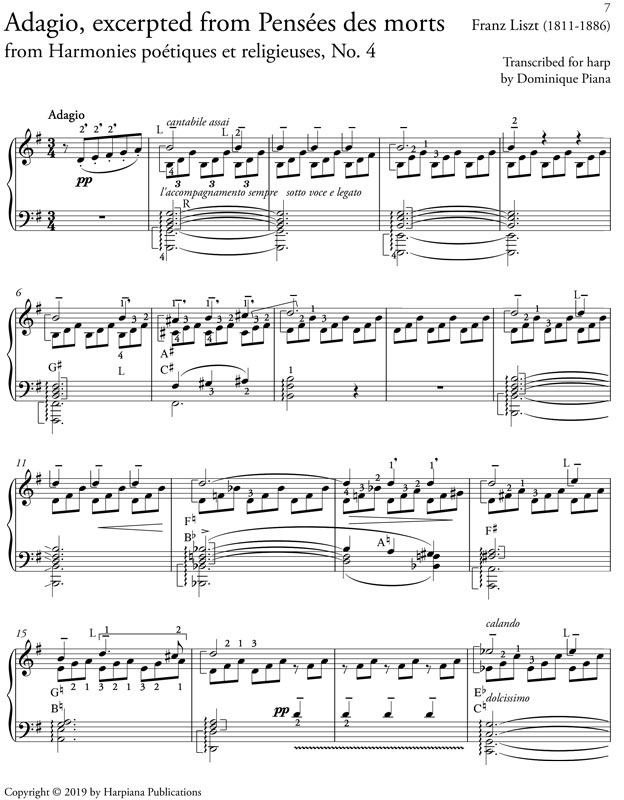 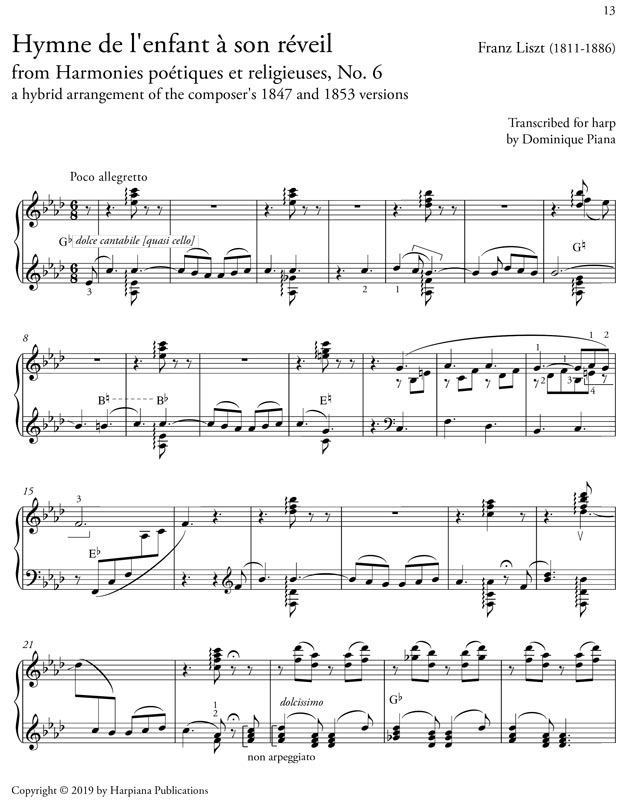 The renowned Franz Liszt (1811-1896) is the most famous fan the harp has ever had. Not only did he try to play it, complaining about “those pesky pedals”, he insistently asked the harpists he knew to make transcriptions of some of his pieces (Angelus, as a prime example). He wrote beautiful harp parts into his symphonic poems and composed a few choir pieces expressly with harp. Check out his very accessible Hymne de l’enfant à son réveil . Or, if you are into chamber music, a trio version of his symphonic poem Orpheus.

Liszt and his music deserve to be not only thoroughly rehabilitated, but also enjoyed in his unabashed expression of sentiment. The innovative techniques and effusive flights of fancy in his piano music put our own 19th century harp repertoire in perspective. Musical gestures abound, allowing the performer to inhabit the music, body and soul, always striving heavenward toward transcendence.