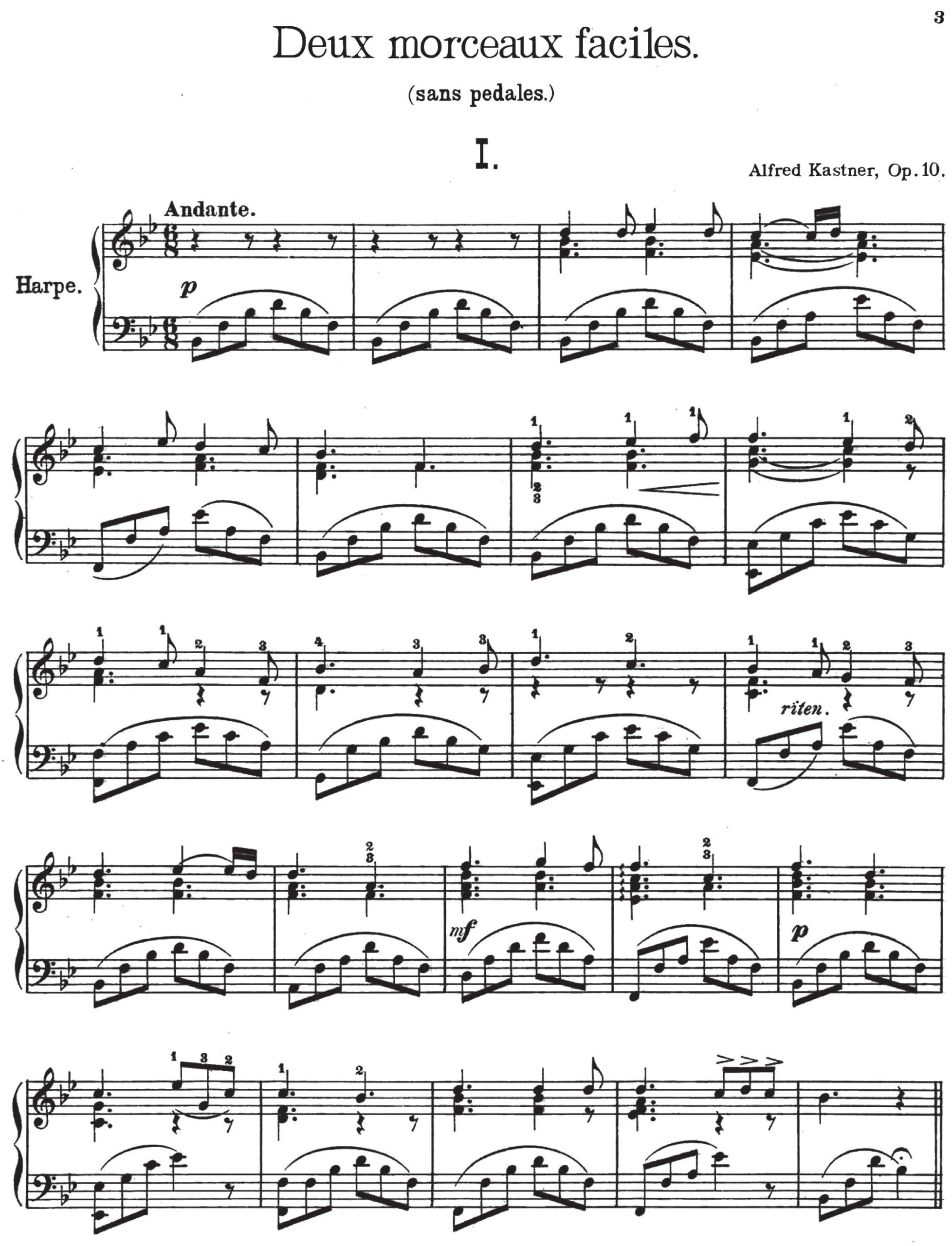 Originally from Vienna, Alfred Kastner (1870-1948) became a founding member of the Los Angeles Symphony after playing with several European and East Coast orchestras. He was a close friend of violinist Fritz Kreisler and other prominent Viennese émigrés gathered in the Hollywood area. His belonged to the last cohort of Central European harpist-composers who moved to the United States. His late-romantic compositions date back to his early years in Europe and England, showing in essence how Mahler’s powerful orchestral concepts would sound on the solo harp. His teachings live on in the works of prominent students such as Ann Mason Stockton, May Hogan Cambern and Stella Castellucci.

Despite their name, these Two Easy Pieces by Alfred Kastner are demanding both technically and musically. Written in Eb and Bb respectively, they are a good example of romantic music, providing a taste of “turn of the century” nostalgia. Since there are no pedal changes, they are accessible to the advanced lever harpist, with the harp tuned accordingly.