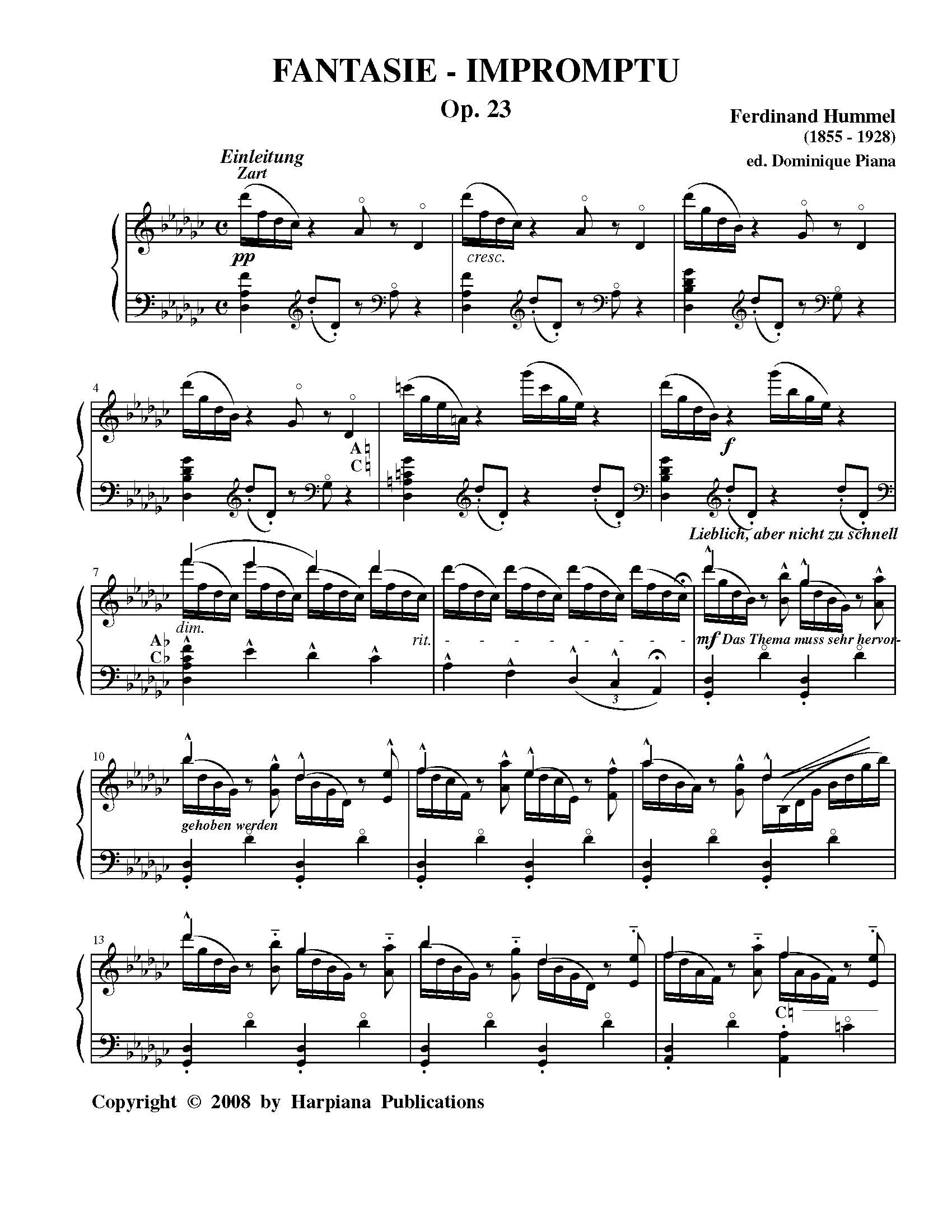 Ferdinand Hummel is not to be confused with the more famous pre-romantic figure J. N. Hummel who was a student of Mozart as a youth.  This Hummel was a German composer who started his musical career as an accomplished harpist (a former harp prodigy, pupil of professor Zamara in Vienna). He became a successful conductor and opera composer in the German equivalent of Italian verismo style. The Fantasie- Impromptu is typically German in technique and character. Notice the affable repetitive rhythmic pattern of the main theme, somewhat square but flowing, reminiscent of the mood of the serenade and similar to Lieder accompaniments.