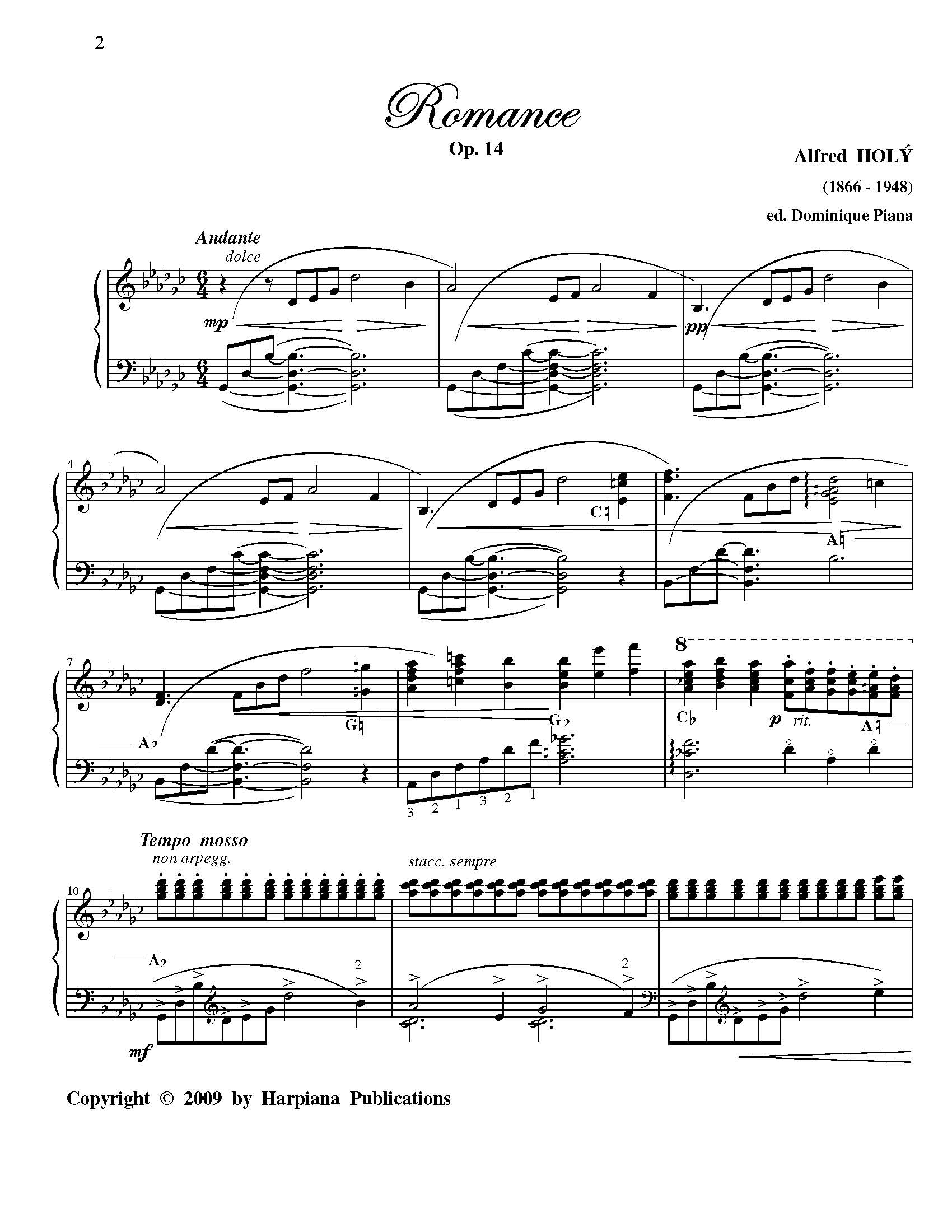 Romance starts out rather nonchalantly… A haunting tune rises and falls, then the tempo quickens and the expression deepens, as the melody asserts itself against the backdrop of a quivering RH drone. Rapidly changing chords will test the player’s musicianship, as they don’t fit a predictable pattern. A transition set entirely in harmonics introduces a long bisbigliando section. The beginning theme reappears, enhanced by arpeggios, glissandos and intricate trills. A sweet piece of technical and emotional magic…a perfect encore-type piece for recitals or a featured solo at the wedding.