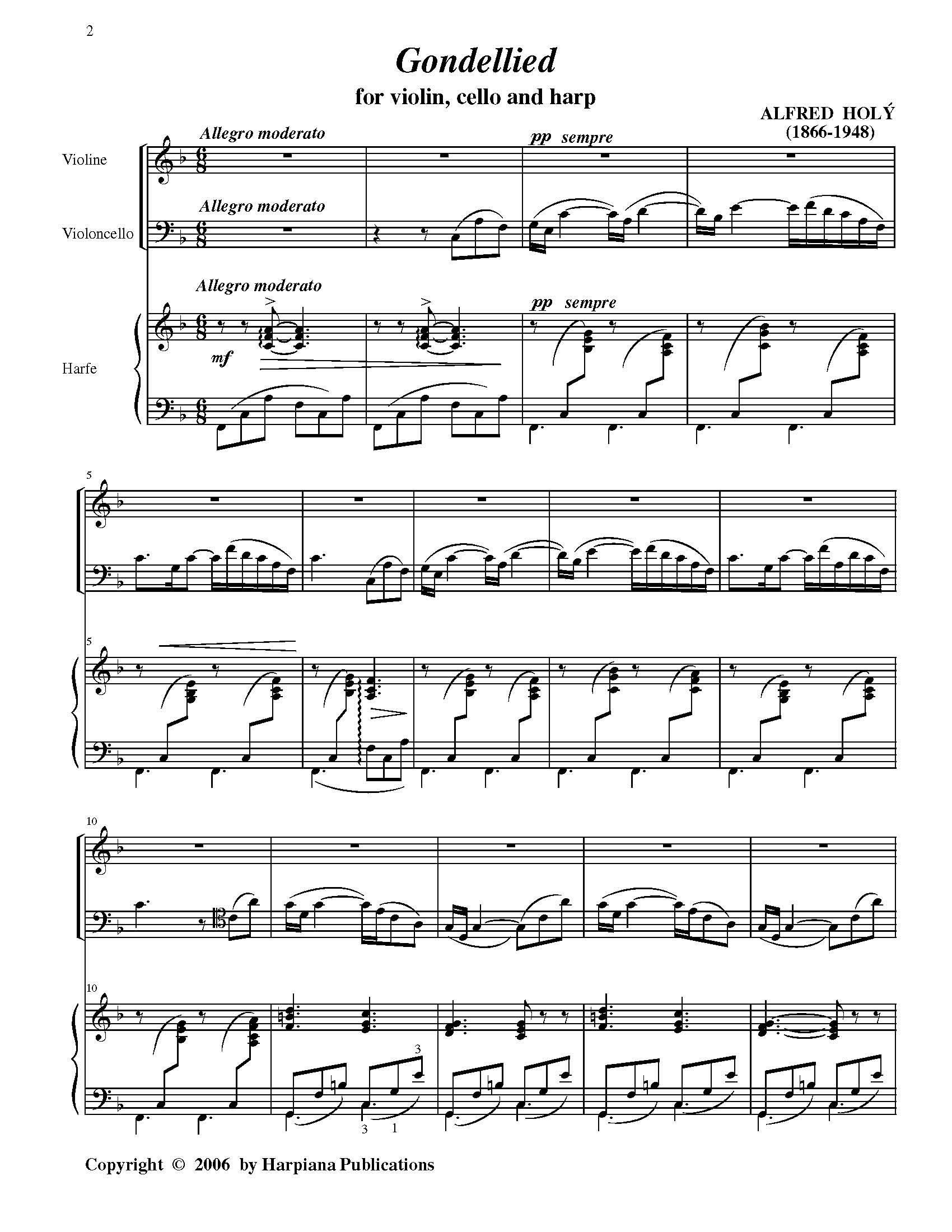 Gondellied was one of Holý’s earliest solo works, and is presented here in a version for violin, cello and harp, arranged by the composer himself, and re-typeset from his manuscript copy. This kind of trio with harp (in imitation of the piano trio) was a favored ensemble grouping in the late 19th c., as attested by old catalogue listings. Gondellied can serve as a delightful introduction to chamber music, to be performed either in formal or informal settings. It is accessible to medium advanced players.