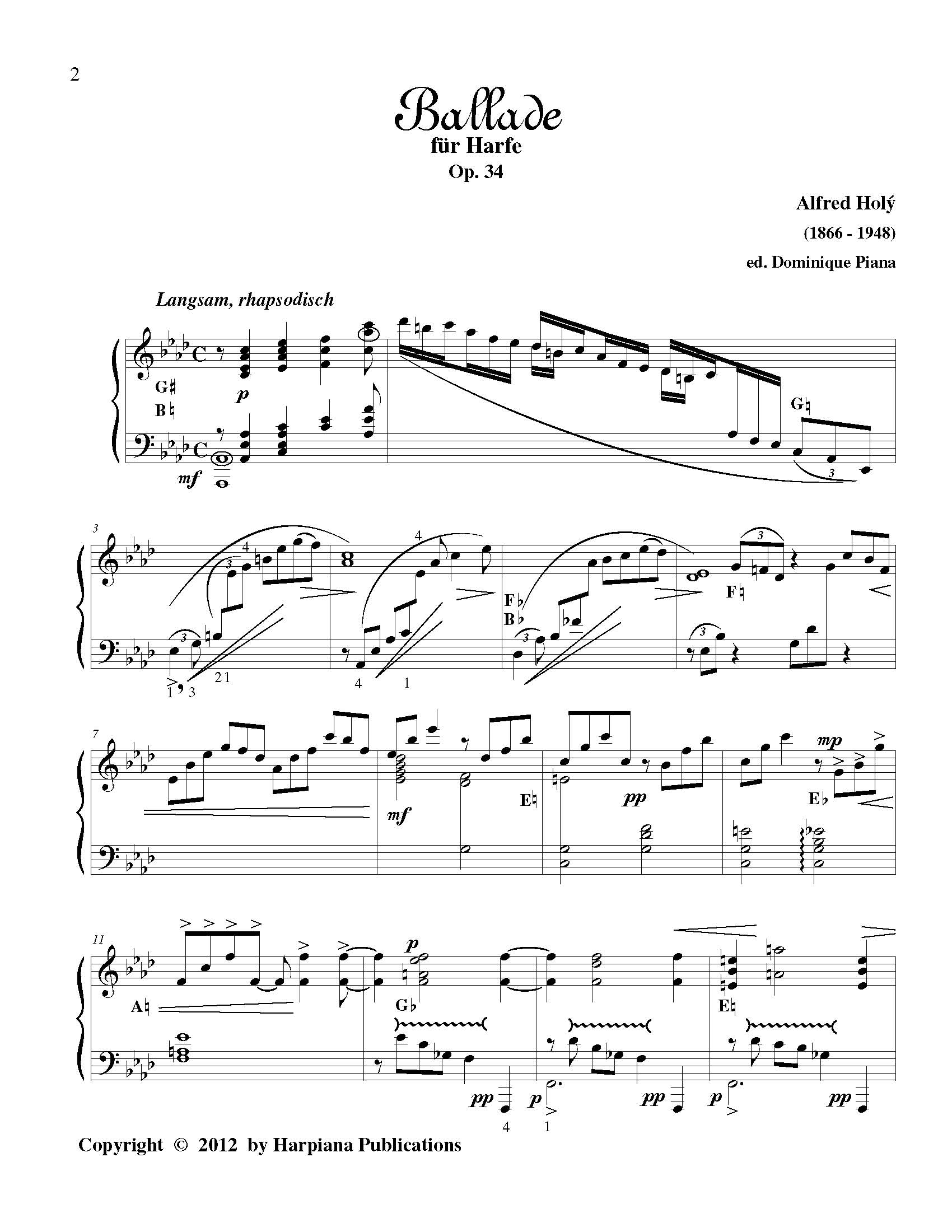 Among harpists-composers, Alfred Holý was considered the “last of the romantics”. He continued to write in a late-romantic idiom uniquely his, well into the 20th century. In one his last works, Ballade, he attempted to add some modern ideas based on tone production (PDLT for ex.), but most of his compositions stand out for their melodic invention and unique “turns of phrase” rather than technical innovations.