Holý – An Evening at Home

Holý An Evening at Home 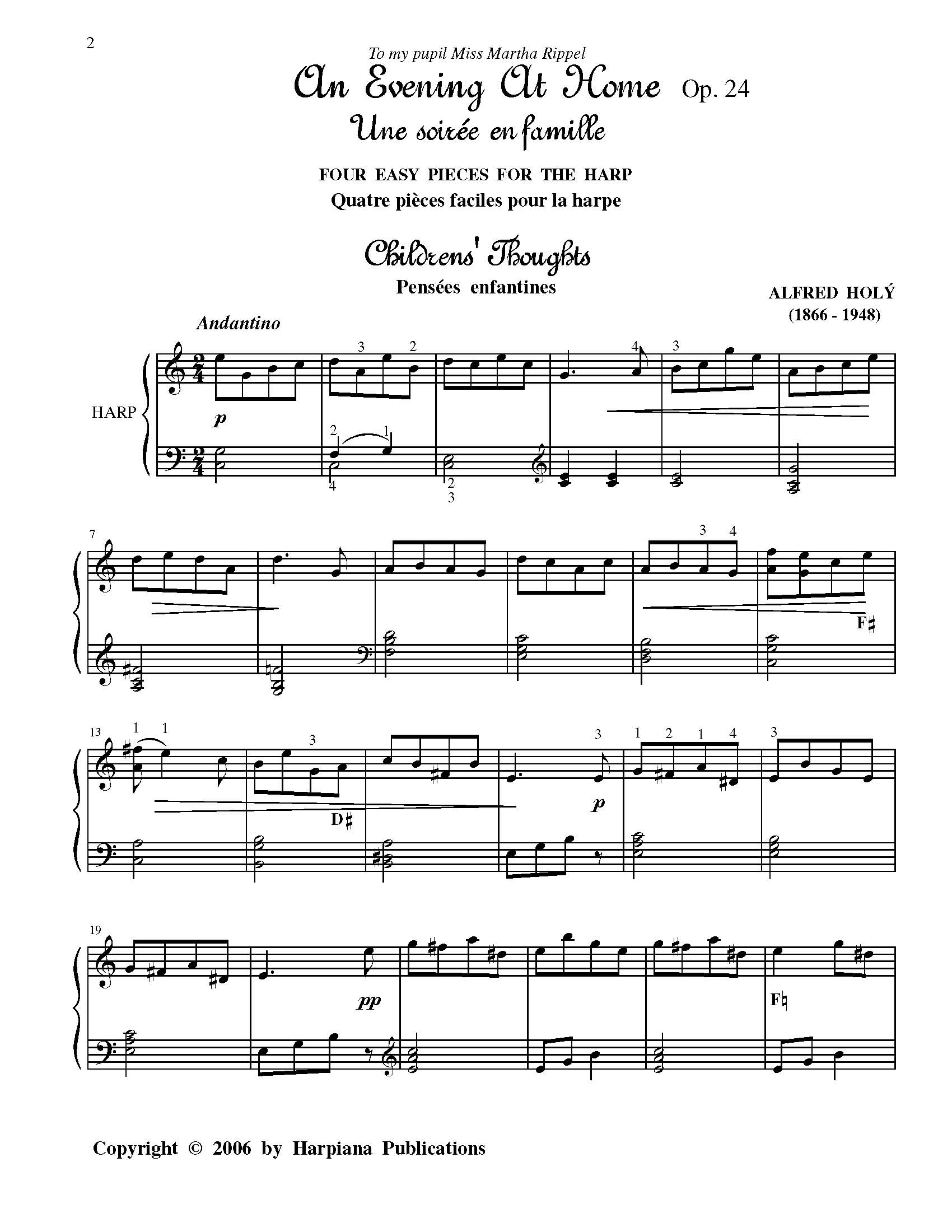 Among harpists-composers, Alfred Holý was considered the “last of the romantics”. He continued to write in a late-romantic idiom uniquely his, well into the 20th century. Most of his compositions stand out for their melodic invention and unique “turns of phrase” rather than technical innovations.

An Evening At Home, Four Easy Pieces, consists of Children’s Thoughts, At the Fireside, Youngsters At Play and A Little Dance. They serve as a good introduction to romantic music for the beginning pedal harpist. While the third piece could be played on non-pedal harp, the last piece ups the ante by weaving arpeggios into a whirlwind that leaves the harpist on her toes and the dancer grasping for air!

The third piece has been used as an exam piece in all the music schools in Flanders (Belgium), and as a competition piece in the Yvonne La Mothe Schwager biennial harp competition in San Francisco.

Following the collection An Evening At Home and the six easy pieces contained in In Toyland, op. 30 (a Lyra Music Company edition – now owned by Vanderbilt Music Company), the Three Sketches go to the next level of difficulty and provide enough food for thought to satisfy the musings of the advanced harpist, while their miniature size makes them accessible to the medium advanced player as well.  Each one is a perfectly chiseled little jewel, polished on every side. They make wonderful studies in phrasing, with the second one bringing to mind the subtle language of Fauré.