Albumblätter is a set of four Album Leaves, each one a finely etched musical scene, a descriptive “moment in time” in an enchanting mood, topped by a flight of fancy, and gracefully returning to timeless Gemütlichkeit. Holý must have particularly enjoyed the second one in the set, since he later created a powerful version for two harps, a publication available from Lyra Music Company (now owned by Vanderbilt Music Company). 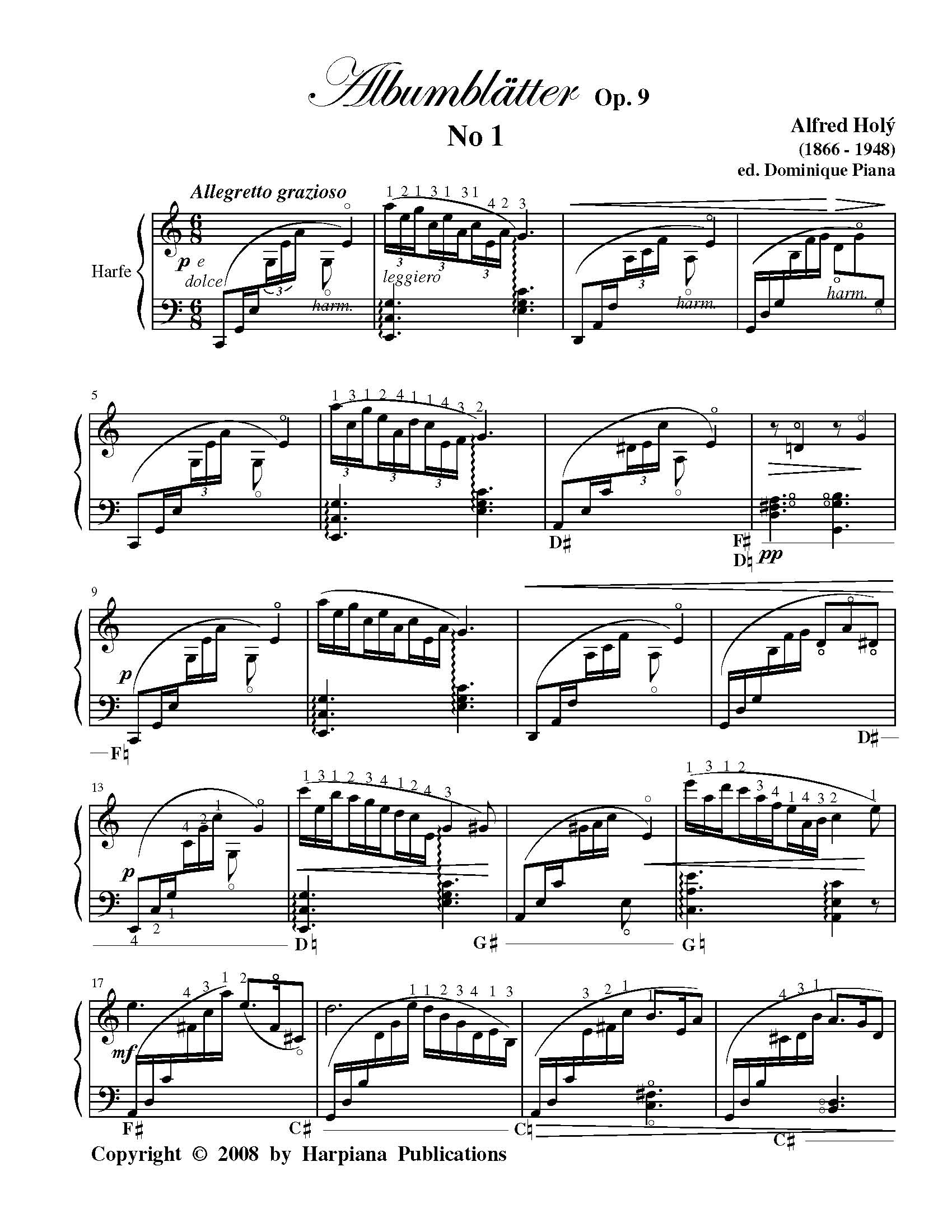 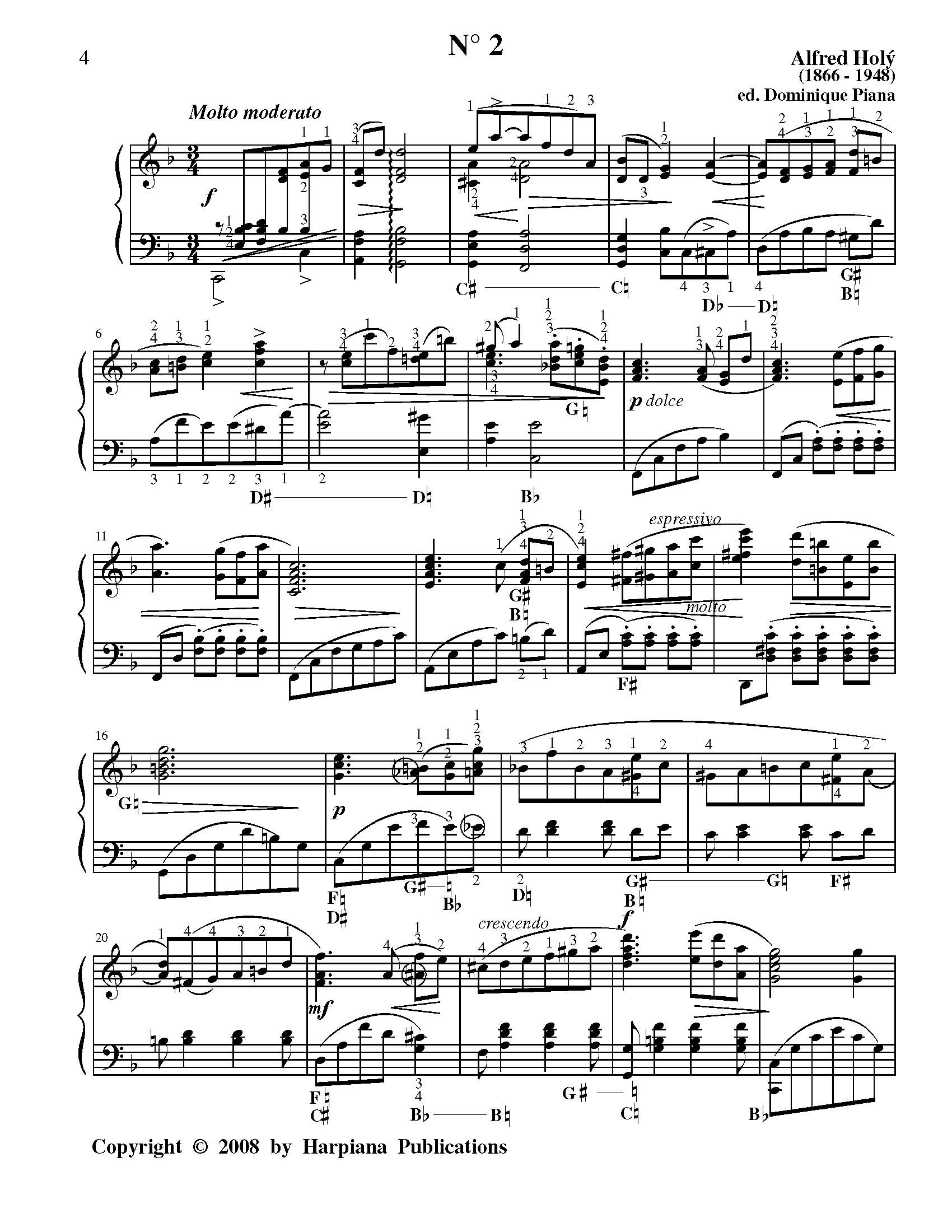 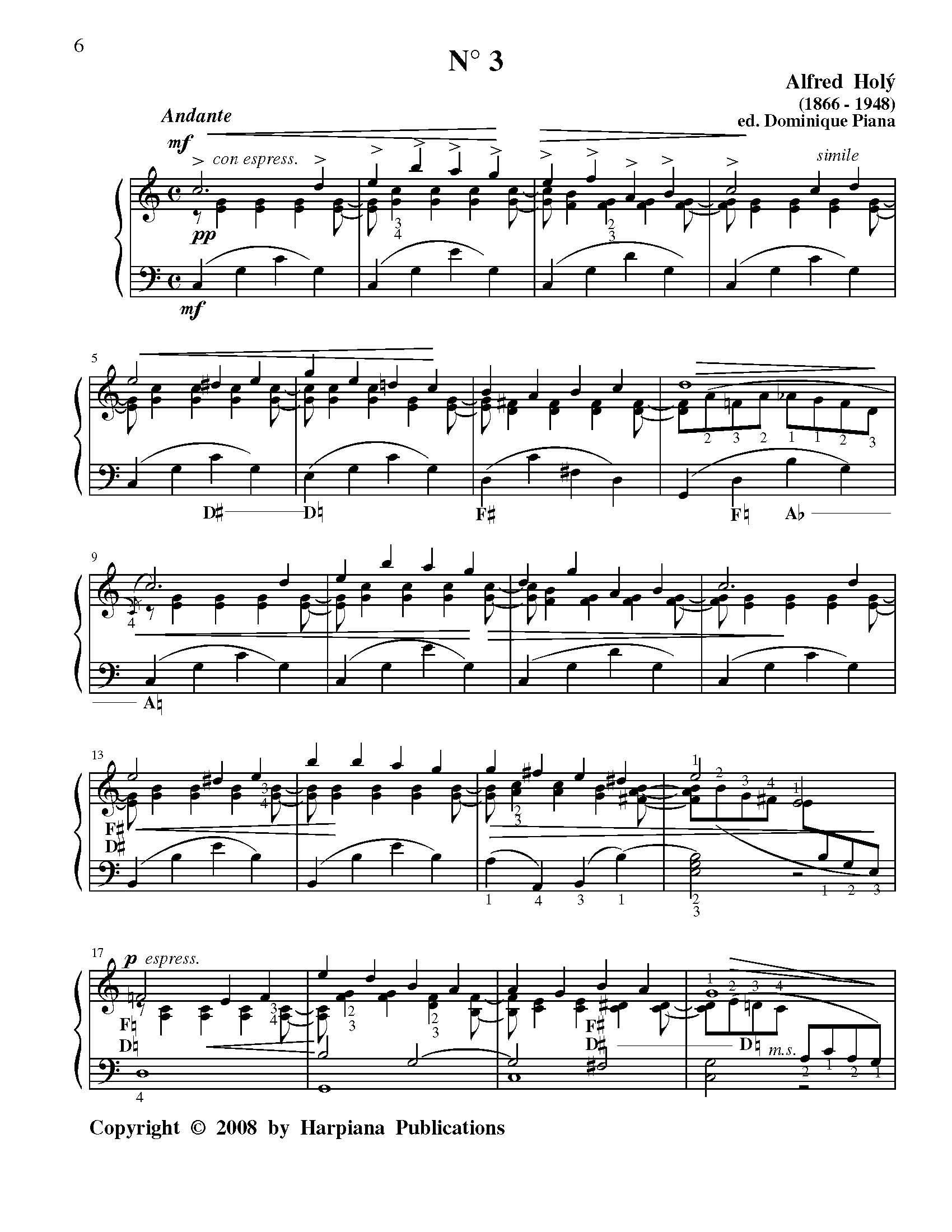 Among harpists-composers, Alfred Holý was considered the “last of the romantics”. He continued to write in a late-romantic idiom uniquely his, well into the 20th century. Most of his compositions stand out for their melodic invention and unique “turns of phrase” rather than technical innovations.