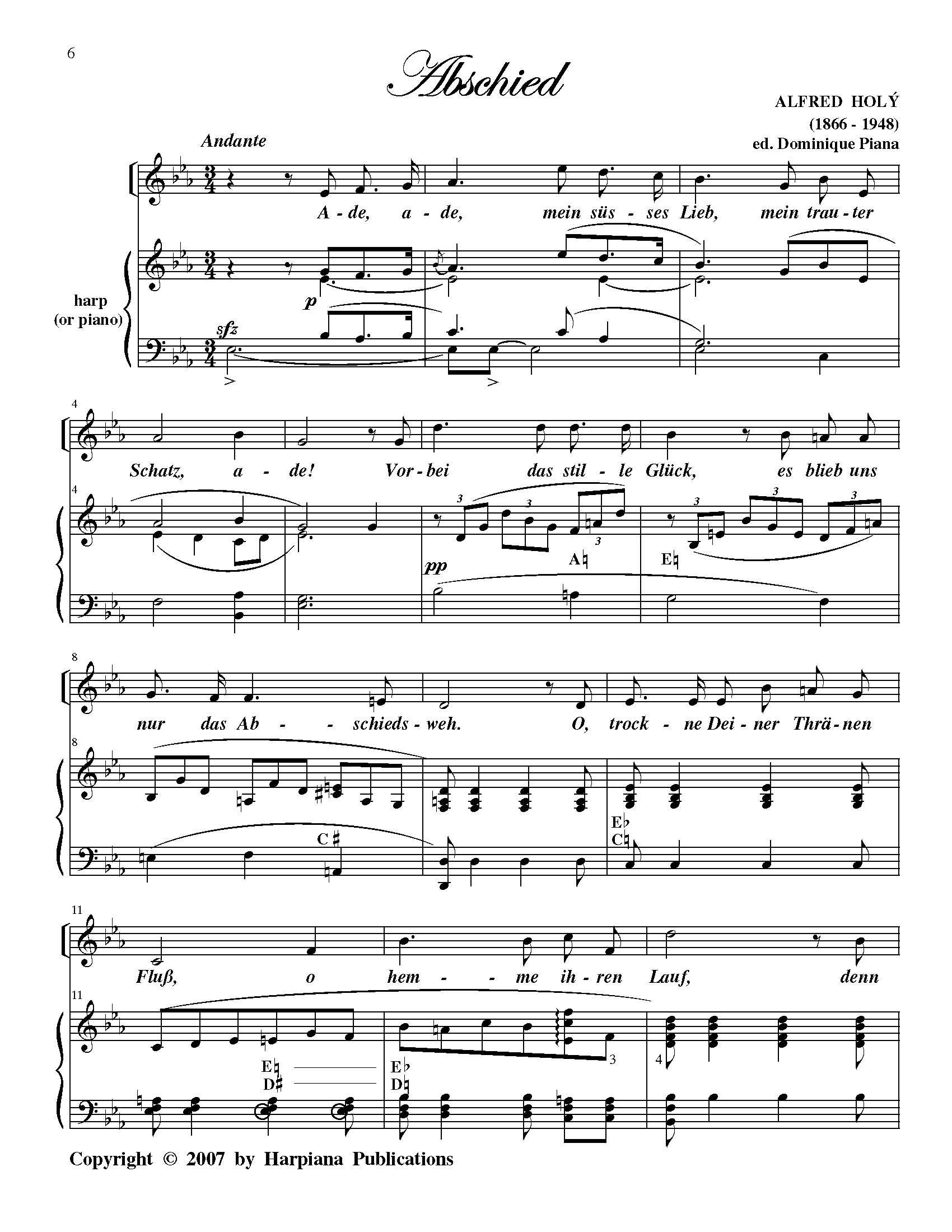 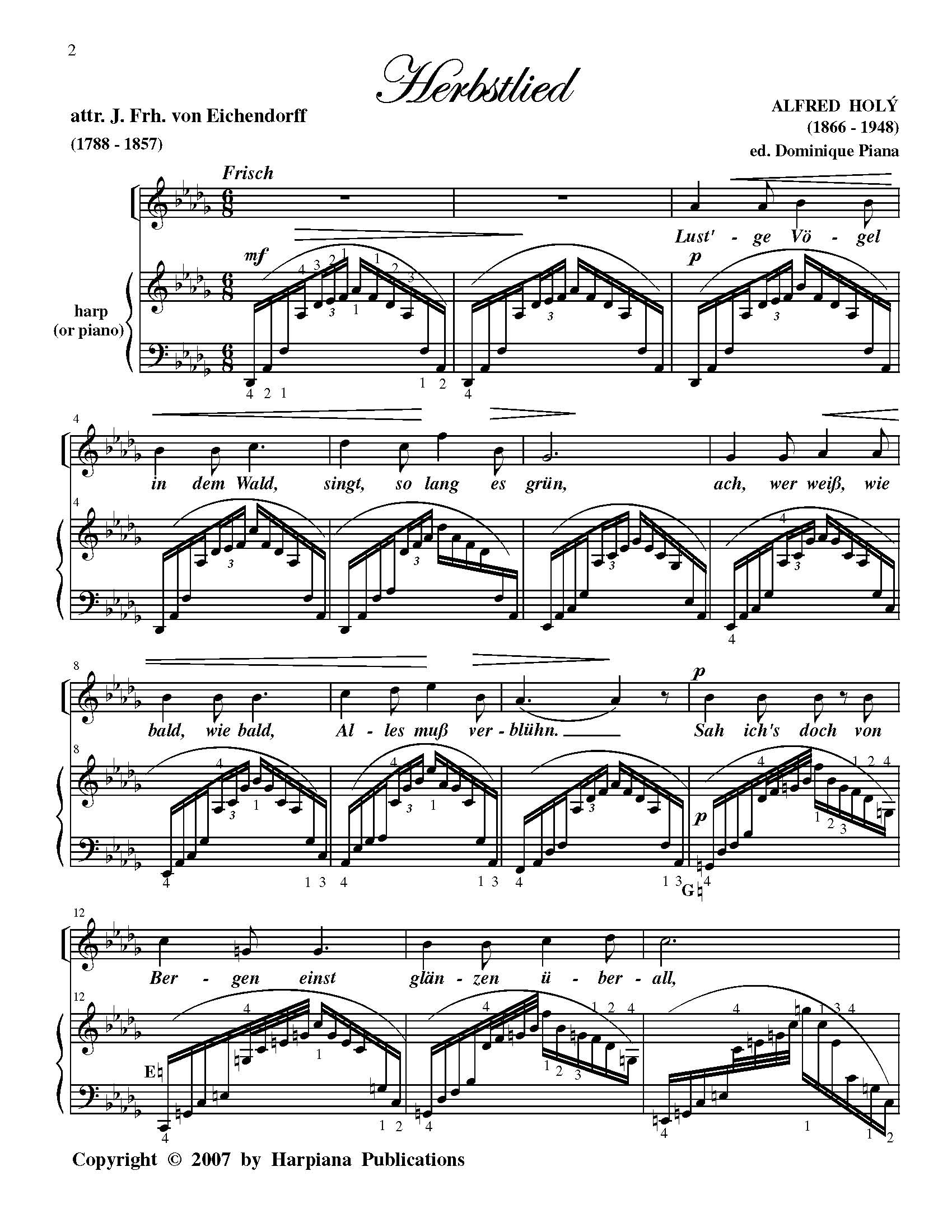 Dwell in the emotional landscape of Holý’s favorite German poet Eichendorff (Joseph Freiherr von), where the music is clothed in fin de siècle harmonies.  The wish to leave with the birds, in Herbstlied, and the tearful adieu of Abschied reveal themselves to be but two sides of the same coin. The “wandering life” was made famous in so many lieder by the famous composers Schubert and Schumann and Brahms. Despite the sophistication of Holý’s little gems, there is an underlying sincerity reminiscent of folk song. Nature mirrors and participates in the world of feelings as a sentient presence. The two Lieder are presented in separate editions for high and medium voice, and would be playable on piano as well.