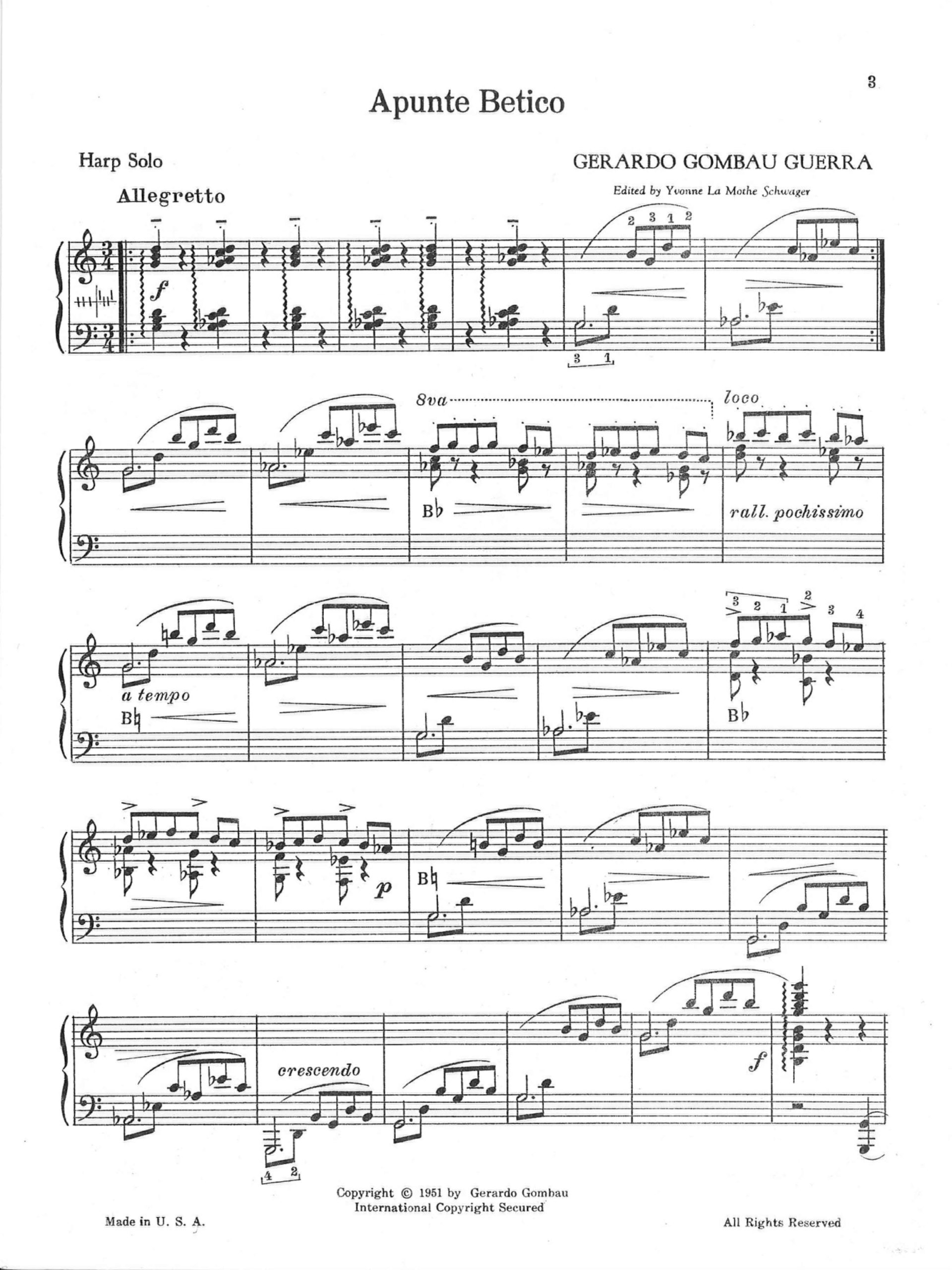 Apunte Betico was the harp solo that won the 1952 Northern California Harpists’ Association Award, and their first publication under the editorship of Yvonne La Mothe Schwager, the now-deceased Berkeley harpist after whom the local San Francisco Bay Area Competition Harp Competition is named. The N.C.H.A., a forerunner of the American Harp Society, greatly advanced the cause of the harp through their ground-breaking Harp News. Harpiana Publications bought the remaining copies of this edition, which will be available here until sold out.

This delightful composition is a rhythmic and colorful sketch (Apunte) depicting a section of Southern Spain near the Betico River. It was written for LUISA PEQUENO, principal Harp of the National Orchestra in Madrid. It can be considered relatively easy to play, because it “fits the hand so well,” and so generously rewards a little effort.

Gerardo Gombau Guerra (1906-1971) occupies a place of honor among Spain’s eminent musicians. He was born in picturesque Salamanca and exhibited his musical ability at an early age on many instruments, excelling especially in piano and composition. He was an accomplished conductor, frequently directing performances of his works with major symphony orchestras in Europe. For many years, he directed the Ballet Espanol Orchestra, served as Professor of Piano Accompaniment
at the Royal Conservatory of Madrid and enjoyed national recognition as a composer.