Mélodie Arabe is one of the typical exotic pieces composed by the well-traveled Godefroid. The Andantino introduction starts in an improvisational mood, with short melismatic motives that usher in the main Allegretto section, where the tune, now proceeding at the chosen tempo, is supported by a busy 16th-note left hand accompaniment. By the third page, a new layer is added to the texture, and the left hand must reach over the right to continue the accompanying pattern two octaves above. Cadenza-like passages with cross-fingering and interesting combinations of harmonics add variety. A facsimile edition. 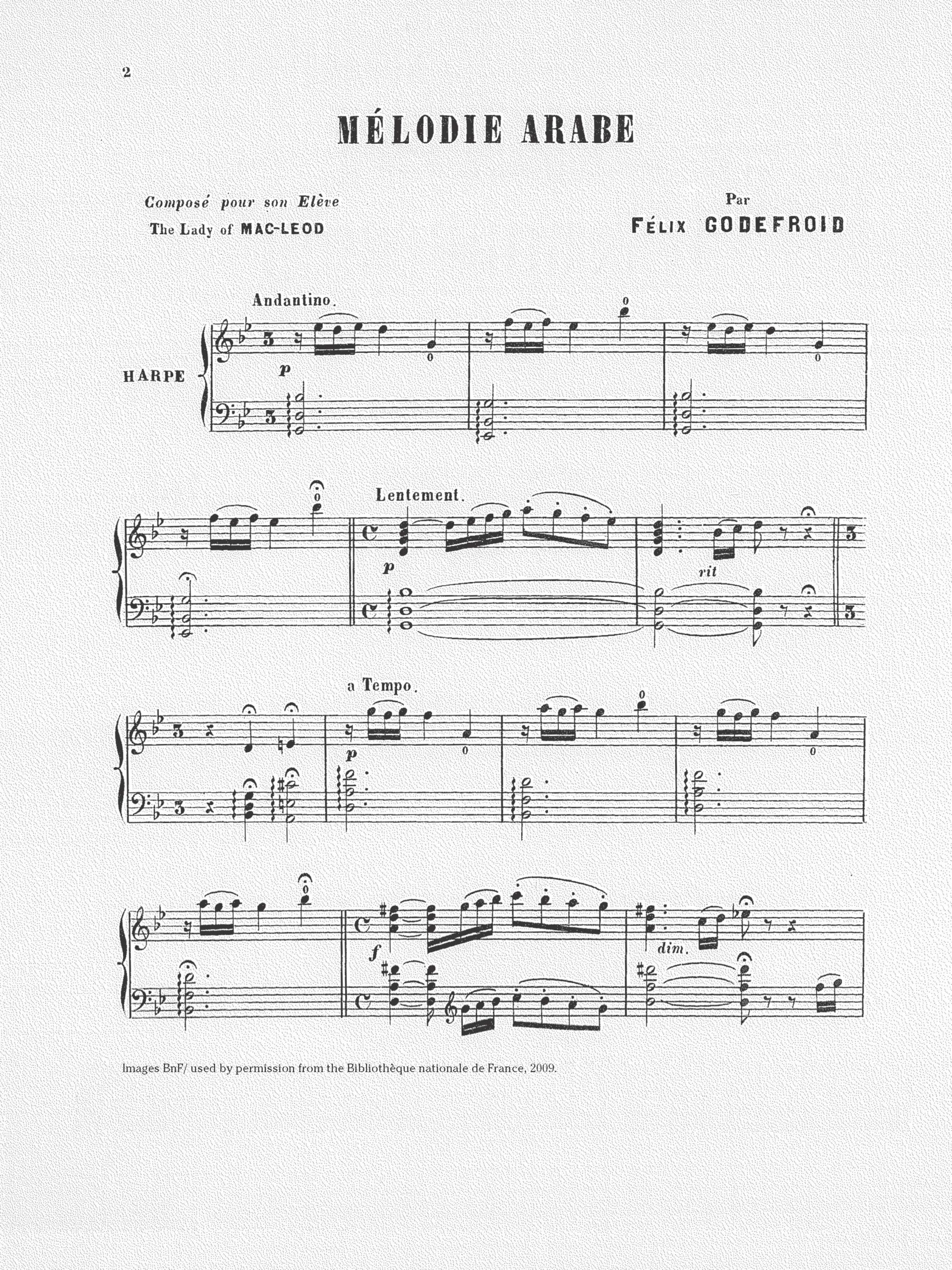