La Mort d’Orphée, a “morceau de genre” and technically sophisticated work meant for the more advanced harpist, is dedicated to Godefroid’s daughter Julia, who would later marry the son of his fellow Belgian Adolphe Sax (the inventor of the saxophone). It tackles a theme from antiquity dear to harpists and musicians alike: the tragedy of Orpheus, who had magical powers over all creatures through his music, but could not secure his own happiness. The drama unfolds from the start on an unsettling seventh chord, and rides along on a slew of minor colored chords. By the time he composed this piece, the felicitously named (Félix) Godefroid had known great grief, with the death of his most loved ones, so it is not surprising that he entrusted his raw emotions to the fingers of his only surviving daughter. Having let loose to the paroxysm, he switches gears into more heavenly spheres, pianissimo. But can he find peace and consolation? In the end, at least within the realm of the piece, he will. A facsimile edition. 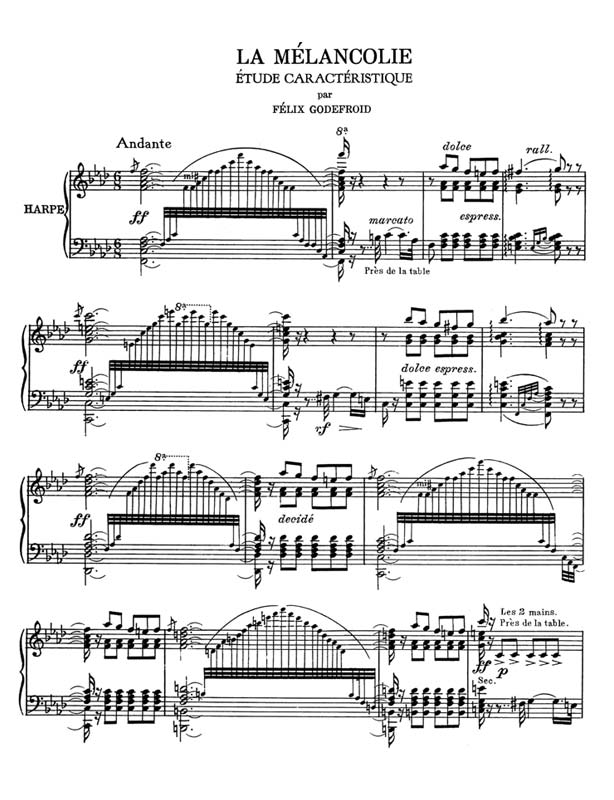