An Italian composer of much promise who received advice from Verdi, Umberto Giordano (1867-1948) broke out as the frontrunner of the giovane scuola (the Young School) in 1896 with his successful opera Andrea Chénier. This encouraged him to return to his personal project on the Sardou play Fedora, which was premiered in 1898 by Caruso. Since then, the aria Amor ti vieta has remained a favorite among tenors and audiences worldwide. In the opera, the harp is playing along the whole time, and the piano reduction closely hews to the harp part. Why not recoup this song officially for us harpists? It was the orchestral tutti of the introduction that needed a little “sleight of hand”-like arranging, and now we have a done deal. 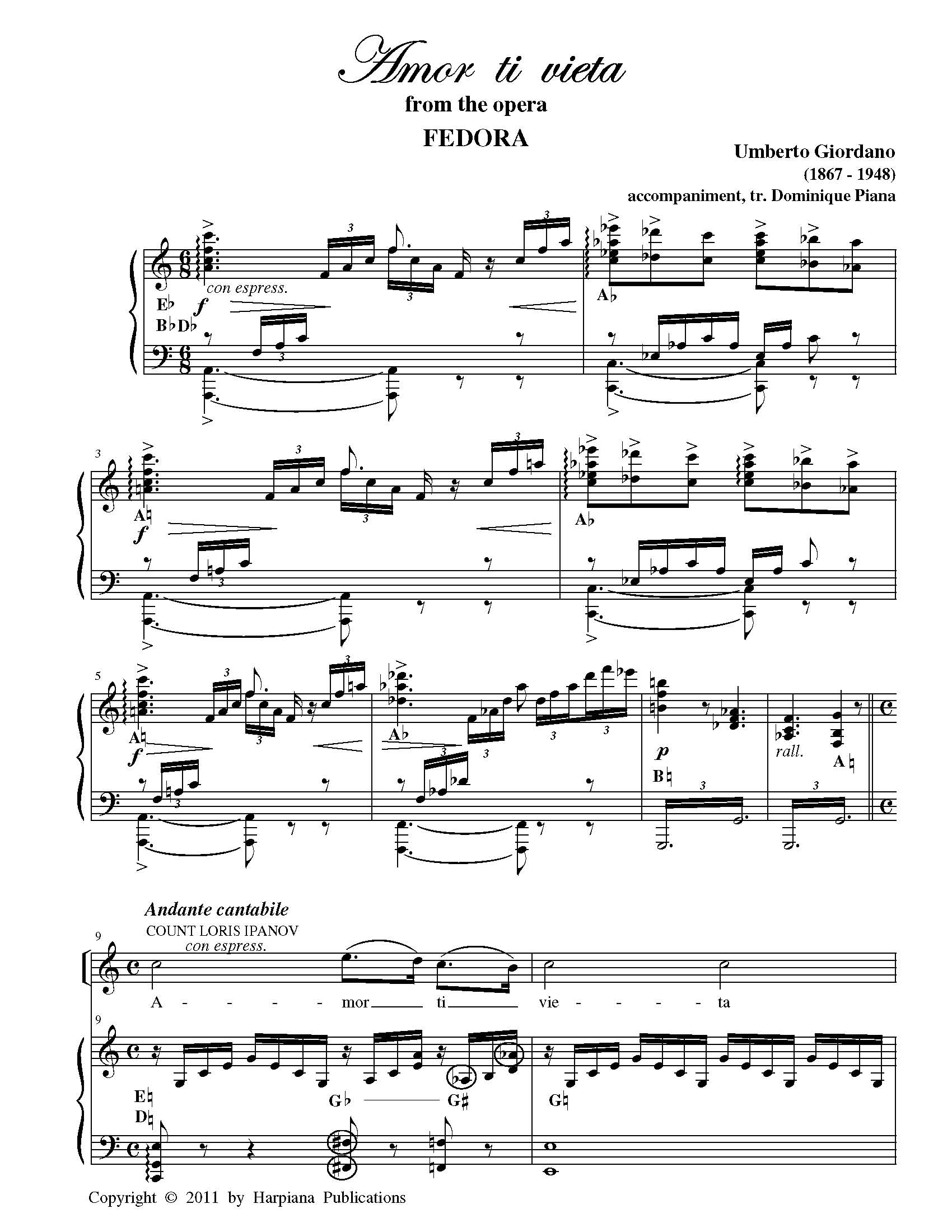