Finko, David – Passages in the Wind

Finko – Passages in the Wind, a song cycle for tenor (or soprano) & harp on 15 poems

Finko Passages in the Wind 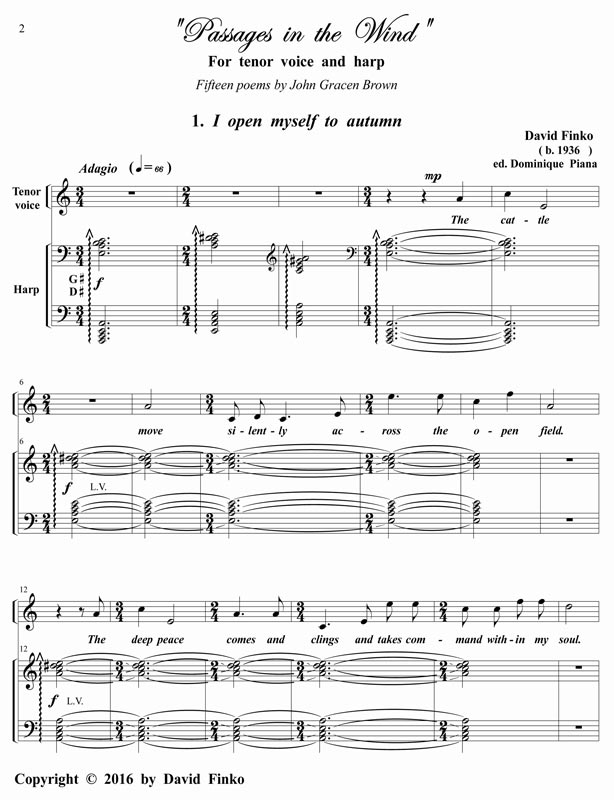 Composer David Finko (1936- ) was a Russian émigré who tackled all the great symphonic forms in a style reminiscent of Shostakovich. He also regularly turned his attention to the harp. Finko wrote his striking Harp Concerto for the renowned harpist Tatiana Tauer, and small pieces like The Harp of King David, just before leaving the Soviet Union for the United States in 1979. This improved his life but had the opposite affect on the arc of his career.

He manages to make his living from commissions, with a loyal following of conductors and instrumentalists who relish his works. Recently, Finko reworked the song cycle Passages in the Wind for tenor Greg Allen Friedman and harpist Dominique Piana.