This new edition has been prepared with ease of reading in mind. Burgmüller’s short studies, L’harmonie des anges and Consolation, are published for harp in the romantic collection Tendresses, also available on this website. 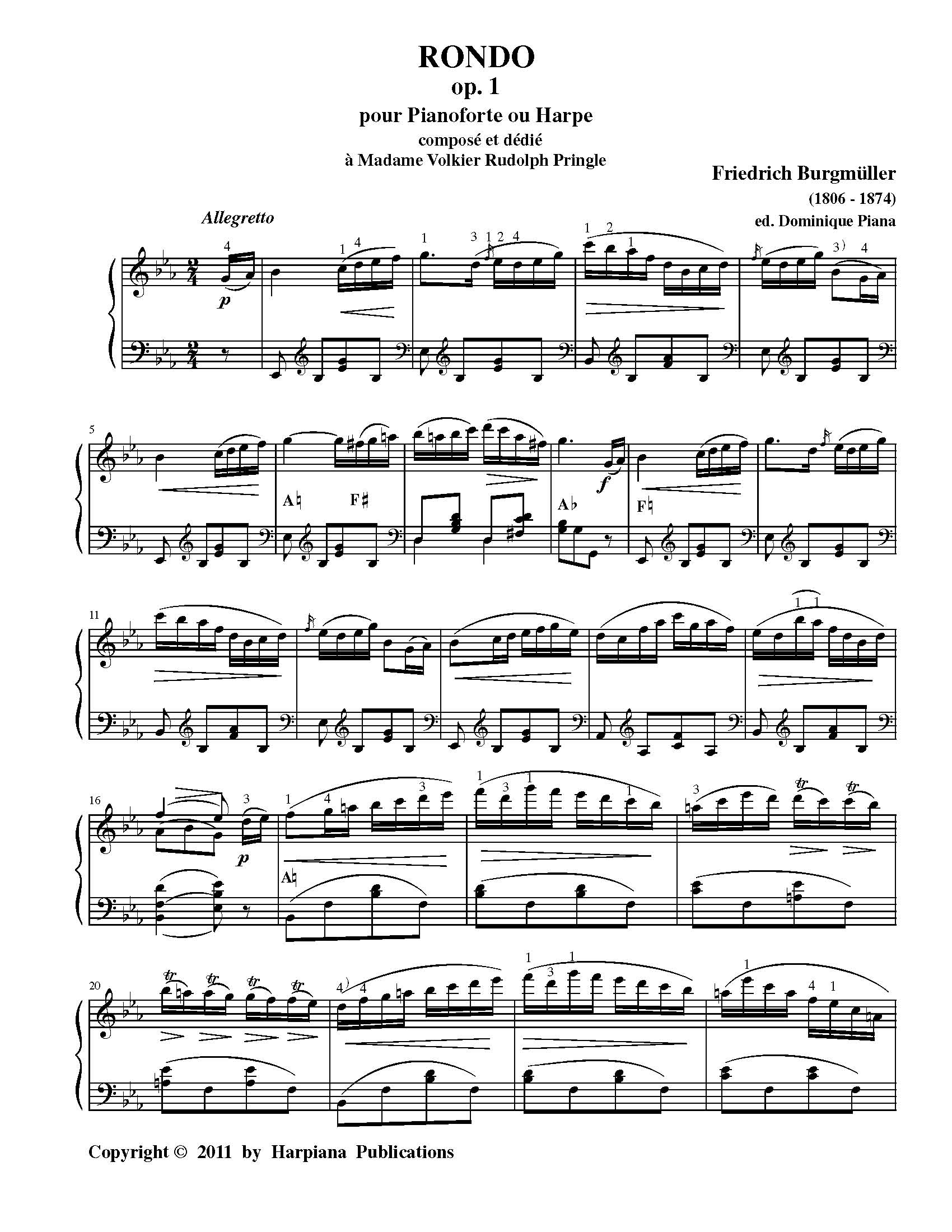 Pianist and composer Johann Friedrich Franz Burgmüller (1806-1874) was the son of the organist and conductor Johann August Franz and was eclipsed in fame by his highly gifted but short-lived younger brother Norbert, who was favorably compared with Schubert. After 1832 he settled in Paris, where he adopted a pleasing salon style that endeared him to the public and students alike. Even his easy piano studies are adorned with poetic titles… He enjoyed the friendship of his more brilliant contemporaries, to whom his works were often dedicated, even if critical acclaim escaped him then, and his music is still judged severely in some quarters (like Grove’s…). Wrongly so, as there is room for charm and lightness of being in the music pantheon.

Dedicated to Madame Pringle, his early Rondo op. 1 was published in 1826 by Peters in Leipzig, with the help of Ferdinand Ries, a composer (and former student of Beethoven) who did not shy away from writing for the harp himself. It is a substantial piece filled with gusto and infectious drive. The writing obviously favors the pianist’s hands, but once it is understood how brackets work across patterns, it will accommodate the harpist’s hands too, while the clear timbre of the harp enhances the sprightly character of the music.