Emile Boussagol (1854-1917) studied at the Paris Conservatory with Conrad Prumier, one of the teachers still recommending the use of the fifth finger at the time.  He played the harp at the Opera from 1874 to 1897, and worked as maestro di capella at Notre-Dame-de-Bonne-Nouvelle and at Saint-François-Xavier. Among different administrative positions, he served as director of the local conservatory at Rennes, as well as conductor in La Bourboule and Luchon. He composed vocal and orchestral music, and a slew of compositions for wind instruments with piano accompaniment, probably for the yearly school exams.

The present edition of The Awakening of the Sylphs is a facsimile of the 1885 publication. Other works traceable are his Romance sans paroles op. 24 from 1906, and his Nouvelle méthode de harpe à double mouvement théorique et pratique, ancienne méthode de Bochsa, revised in 1904. 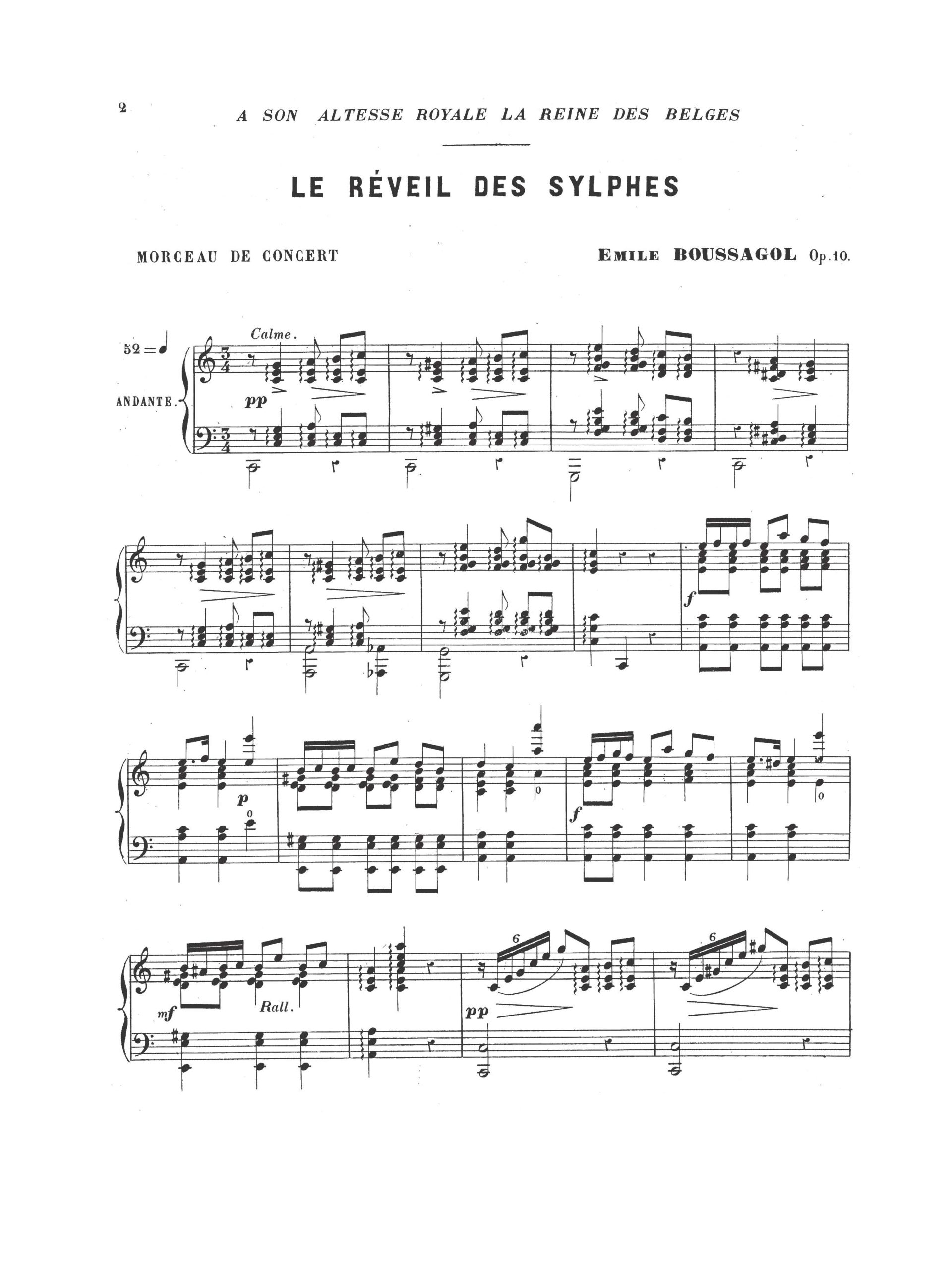