Bochsa – Grande Sonate for the Harp from op. 60

The Grande Sonate by Bochsa proves to be a surprisingly attractive work, worthy of opening a recital, like a miniature operatic overture. It sings, dances and bounces with pizazz, impresses with its catchy tunes and, despite its attempt at gravity in the slow introduction (which returns in the end), it will not make us cry. Yet there is a wild undercurrent of suspense that will keep the performer on her toes and the listener in awe. 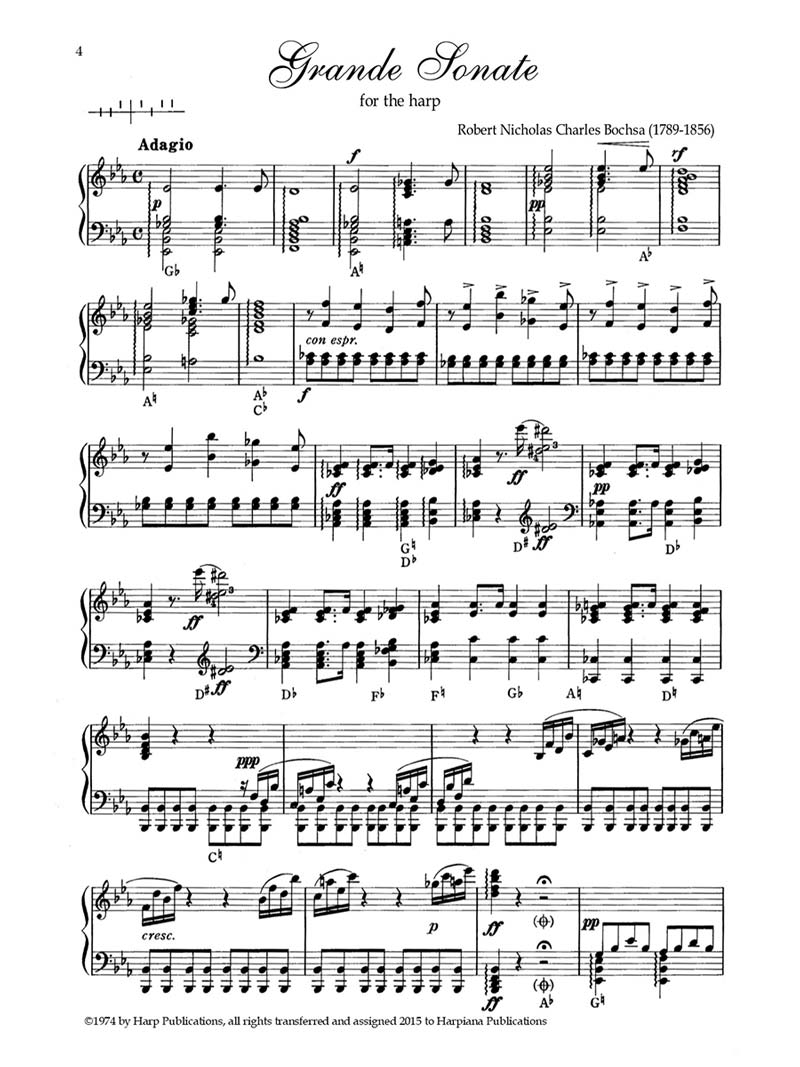 Bochsa, the son of the Revolution and the harp world’s wunderkind run amok, is a prime example of the new generation of virtuosos coming onto the scene in the early 19th century, as music instruments were improved mechanically and enhanced in tone production. In him the harp found both a showman and a pedagogue with a wide musical culture acquired on many other instruments, then pointedly applied to the harp. He moved with ease from the single-action to the newly invented double-action harp and saw it s potential in scope and expression beyond the musings of his predecessors or contemporaries like Dizi . He could improvise on any tune on demand, and his music reflects the tension between this habitual haste and the sense of grandeur with which he attempted to permeate his works.

As a teacher to royalty as well as gifted amateurs, he could figure out what pleased their ear, and give it to them bountifully. Among the exercises, preludes, and shorter sonatas of Part II of his op. 60 Harp Method, the Grande Sonate stands out with its sense of completeness within its one-movement format, as Bochsa puts his own stamp on Beethoven’s idea of a Sonata quasi Fantasia.