Felice (Giuseppe Marco Maria) Blangini (1781-1841) was a famous tenor and opera composer of Italian birth famous for his romances and his own romancing. He arrived in Paris in 1799, opening a concert room that by 1811 was “frequented for preference by the best society of Paris”. In 1805, he had a stint in service to the Duke of Saxe-Coburg in Munich, then to Napoleon’s sister Pauline Borghese, with whom he had a liaison (alluded to in his songs), and in 1809 to Jérôme Bonaparte in Westphalia. By 1814, he was back in Paris, appointed superintendent of the King’s music and court composer, as well as professor of singing at the Conservatoire. His operas, mostly in a light comic vein, did not have staying power, but he was credited with the invention of the vocal nocturne. He wrote hundreds of songs (romances, nocturnes, canzonets, etc.) for one, two or more voices to “piano or harp” accompaniment.

The Six Ariettes Italiennes are made available again as a clean facsimile of the original first edition published while he was Kapellmeister in Munich, probably around 1805-1806. They are a fine example of pre-romantic song, in an elegant, straightforward and mellifluous style that speaks to the heart. 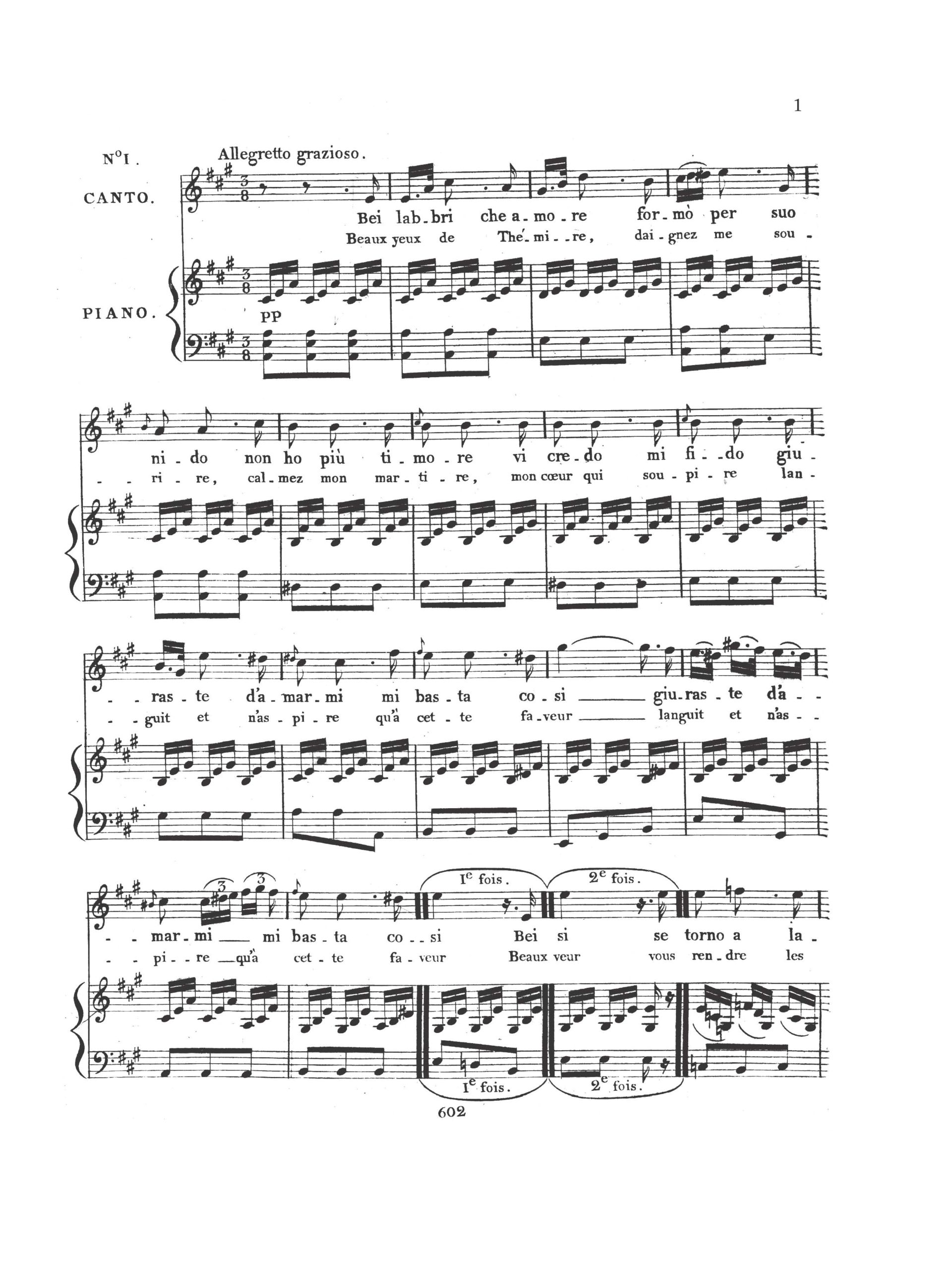