Bach, J.S/Busoni, Chorale-Prelude No. 2, Wachet auf, ruft uns die Stimme, BWV 645
In his piano transcription of an organ version of Bach’s fourth movement of the church cantata of the same name, “Awake, the Voice Calls Us”, BWV 140, Busoni asks for the simple expression of naïve devotion. Once you hear the tune in its many iterations, it will not leave your mind! It is strikingly modern, with its unusual leaps, and is strangely affecting. How could we not claim it for the harp, another deep and precious masterwork from Bach!

Busoni followed in the footsteps of Liszt and von Bülow with his keen interest in Bach, and in adapting his music to the aesthetics of the modern pianoforte. He liked to present the music of Bach as the foundation from which music evolved and as building blocks in music education and piano technique. In France, a similar approach had already taken root with Saint-Saëns and the Ecole Niedermeyer, where Bach’s music was the daily bread for organ students. In the harp world, Renié and Grandjany were direct heirs to this legacy in their own transcription work.

This particular arrangement is presented “ready to play”, with fingerings elucidating the voicing and pedals marked for ease of approach. 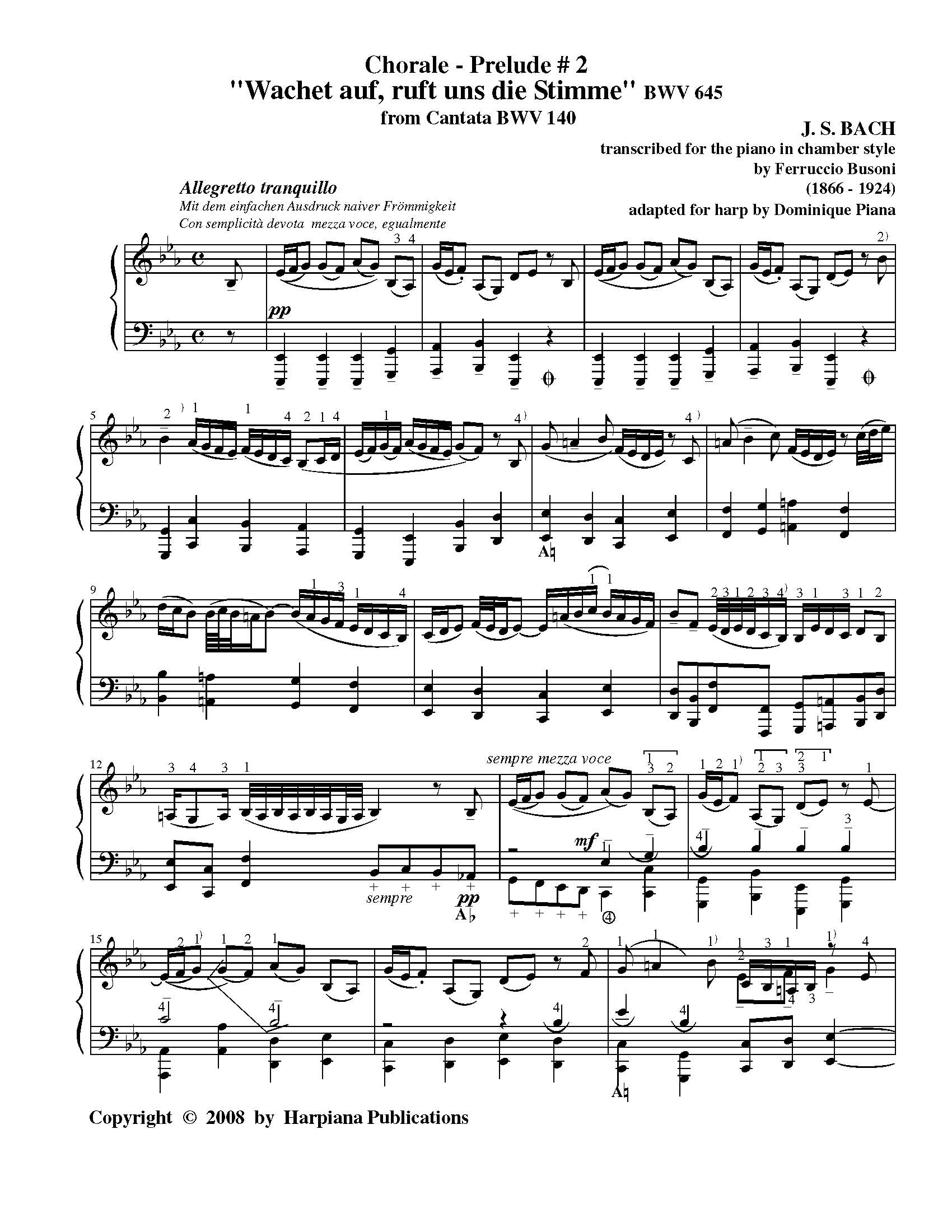